Ahh, Spring. While I had acclimated quite well to Winter and got outside plenty, I have to admit that I was longing for Spring. This last weekend saw perfect temperatures and the green coming back to the land, so I decided it was the perfect time to get outside for a hike. Of course, where else would I go but to my beloved Iowa Mountains? I went to my second favorite place around here to hike: Hitchcock Nature Center. With its many miles of trails of different difficulty levels, nature center, viewing tower, campsite, and commanding views from the ridges, what's not to love? 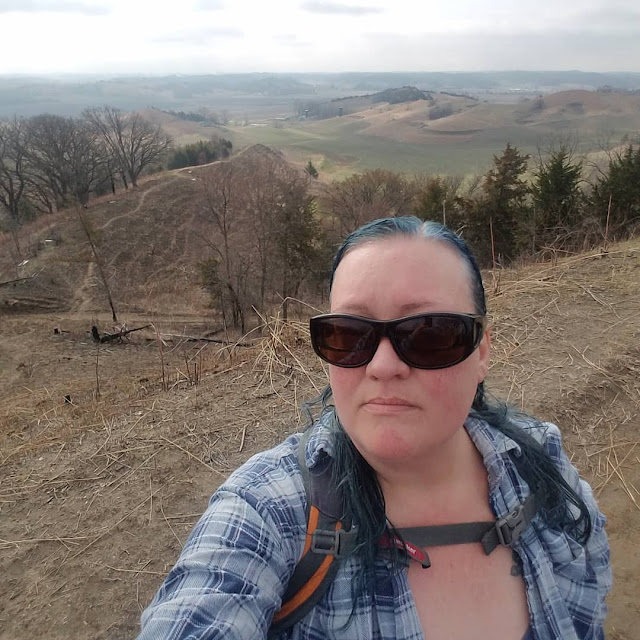 Just look at that view! Breathtaking. 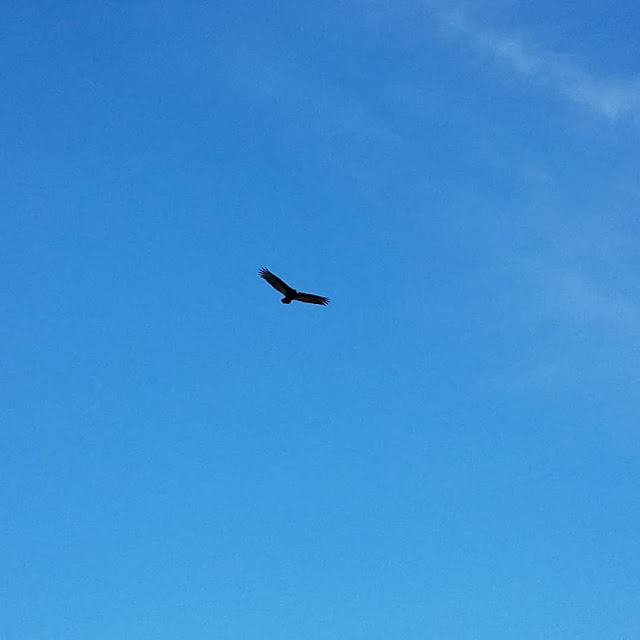 This raptor flew in circles over my head, fairly close actually, a few times. It was an impressive sight. 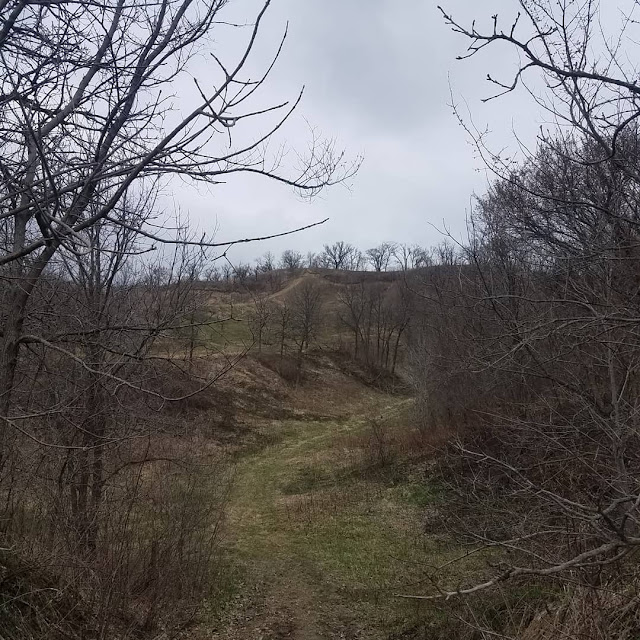 If you look closely at the center, on top of the ridge, you can see the end of a foot path. That foot path is called Angel's Dead End, and it was my destination. I've always called it my nemesis because if I was adventurous enough to climb it, I would have to stop several times. It's very steep and difficult to climb. I've climbed it more now in the last twelve months than the rest of the past decade combined. 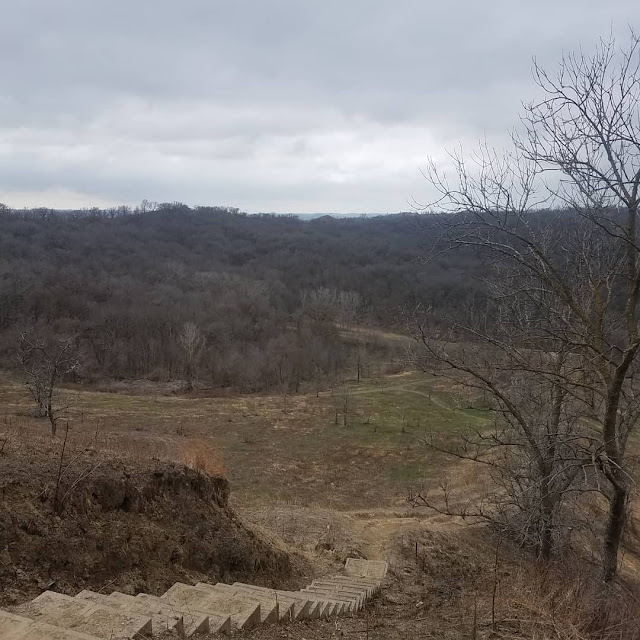 And here I am at the top, taking a photo down the path and over the landscape. This was the first time I had ever climbed this path where I didn't have to stop once. Granted, I was breathing like I was dying when I reached the top, but I DID it! It was a goal of mine and I was proud of myself for having done it.

I'm ready for the next three seasons of good hiking, and I have a few goal trips planned for Summer. Stay tuned for those. Until then, I hope you have a great week.