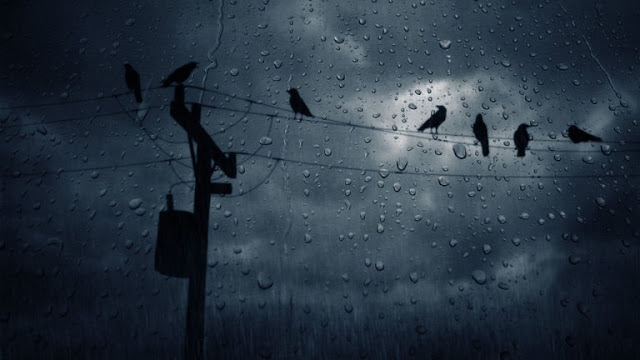 Where do I begin? As you, my faithful reader, know, last year was the roughest year of my life. There are so many layers to unpack that I have no desire to try to peel all of that away, so I'll give you the condensed version.

When the dawn of 2018 began, I felt like I was on top of the world. I was active and involved in a couple of organizations that I thought were ways of me making a difference as well as ways of making me an important figure within a certain movement. I was wrong. Well, I wasn't necessarily wrong about what my potential could have been, what I was wrong about was the idealized, romanticized notions I had about them.

Also, what I failed to notice because it had been buried so deep within myself that I didn't even recognize it, was that I was intensely miserable, depressed, and hopeless. So many crappy things had happened to me over the decade prior that it had created some serious baggage. This baggage was so well-stuffed down and hidden by my psyche that I didn't even know it was there. A snowball effect happened sometime in the summer of 2018, and it turned into an avalanche that completely changed me and the course of my life.

It took me until the past few months to start to unpack all this baggage and recognize it for what it was. I had thought I was getting "better" at the beginning of 2019, but I realized that I am not. Well, let me rephrase that. I am getting "better", but I'm not the same person I was a year ago. Not even close.

Because of this, I've found it hard to write. For months now, my creative spark to create stories has just not been there. Even writing here in my blog came to a stop. At first, it really bothered me because I was so used to writing. I mean, I spent the last five years writing continuously. When you devote that much time and energy to something, only to find it come to a complete halt, it can be unsettling.

Eventually, though, I accepted the fact that writing just wasn't in the cards for me - at least for the time being - and began rebuilding my life in a new way. I've spent the past few months doing just that. I got promoted to a newer, better position at my job, I've gotten back into interests that I put on the backburner to raise my kids - they're older now and that gives me more me time, and I've spent a significant amount of time just being myself. I can't express just how therapeutic this has all been for me.

It's been so therapeutic, in fact, that I'm starting to feel that creative drive start to creep back up behind me. Once a writer, always a writer, eh? I don't know what that's going to look like, going forward, but I do know that I'm back to writing. It's a slow start at this point, but it's still a start. As usual, I share it all with you...because that's what writers do.