A Long Weekend in Portland 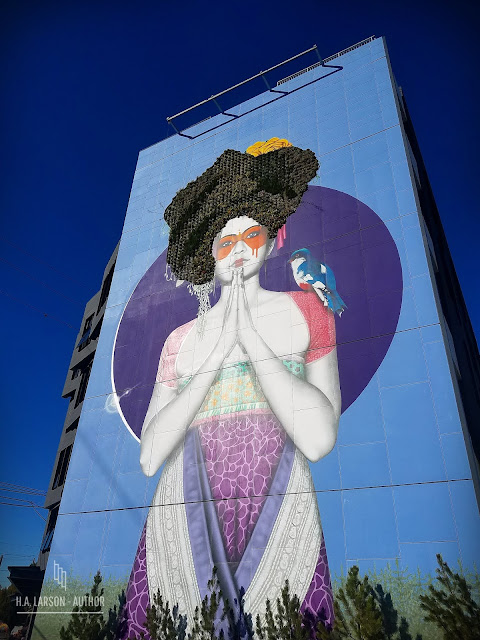 On October 12th, I flew into Portland to spend a four-day weekend with one of my best friends, Lisa. She moved out there a few years ago and I promised her on her first visit back that I would visit her in Portland as soon as I was able. She doesn't have a car so we walked and took public transportation to get around. Since my goal is to walk/hike 100 miles a month, I was more than happy to hoof it everywhere - not to mention that it helped me reach my month miles goal. 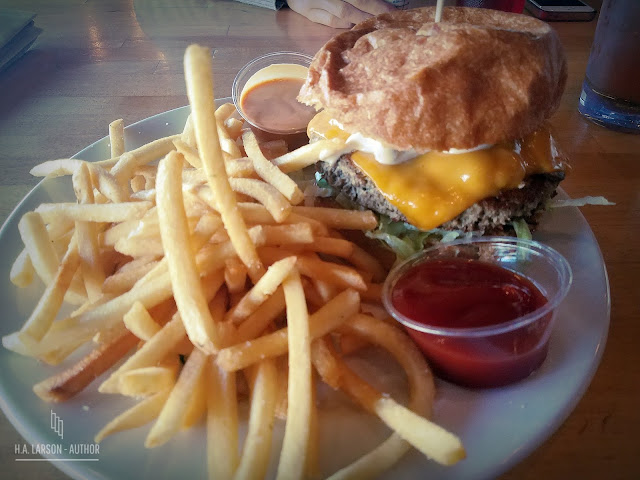 The first thing we did was check in to the AirBnB that I rented for us to stay in for the weekend. I was pretty hungry after that so we walked a few miles to the White Owl Social Club, a bar & grill. They serve omni food but have a good vegan selection. Since I had yet to try the Impossible Burger, I ordered it with vegan cheese, vegan aioli, and a side of fries. I washed it down with a cider and a dill pickle shot - a delicious combination of homemade pickle juice and whiskey.

After we ate, we hit up the grocery store and went back to the Airbnb to relax and visit. 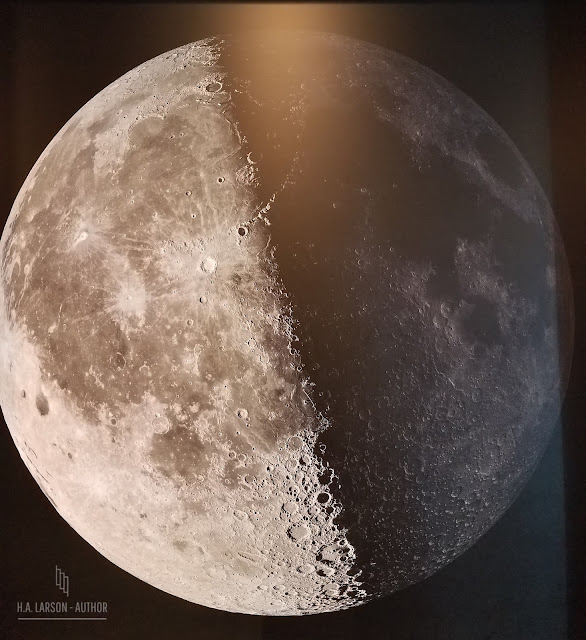 Lisa had to work on Saturday so after sending her off, I got ready and walked to the OMSI: Oregon Museum of Science & Industry. I purchased tickets for the "Dark Universe" planetarium show and the "Discovery of King Tut's Tomb" exhibit. 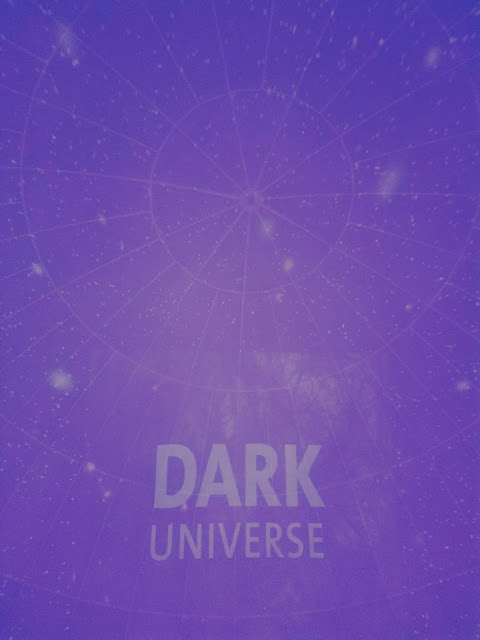 Dark Universe was an excellent planetarium show on dark matter narrated by Neil deGrasse Tyson, and the planetarium itself was the nicest one I've ever been in - granted, I have only been to a couple of really small, older planetariums so it was awesome to be in a nice, larger, newer one. 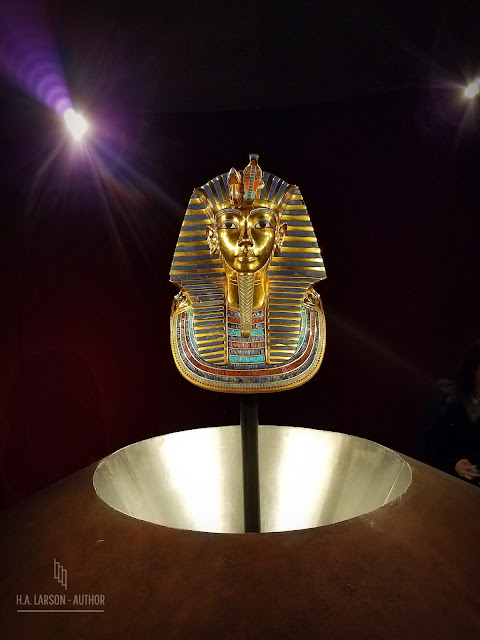 After the show, I got in line for my turn into the King Tut exhibit. It was an incredible exhibit that had tons of replicas of the discoveries inside the tomb when it was discovered. There was a short film beforehand and you got a handheld device for listening to clips about each of the parts of the exhibit. 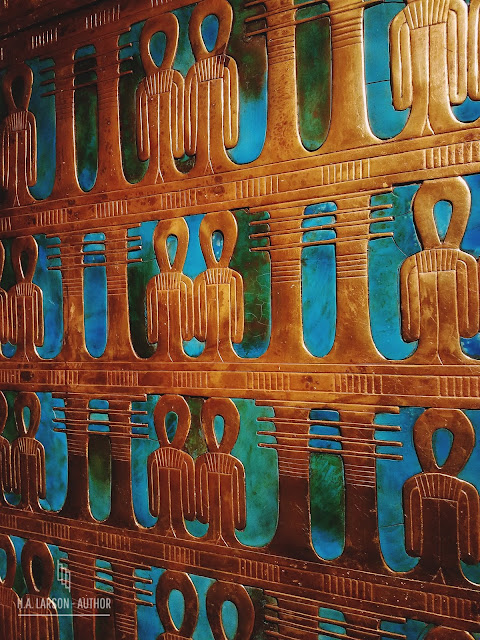 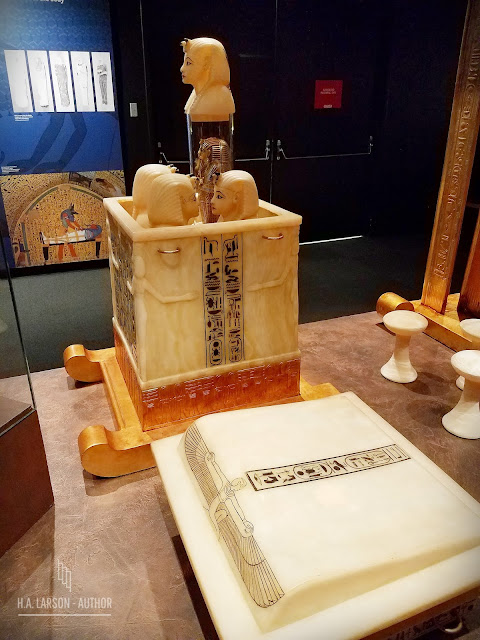 This would be the canisters that held King Tut's insides, removed for mummification. 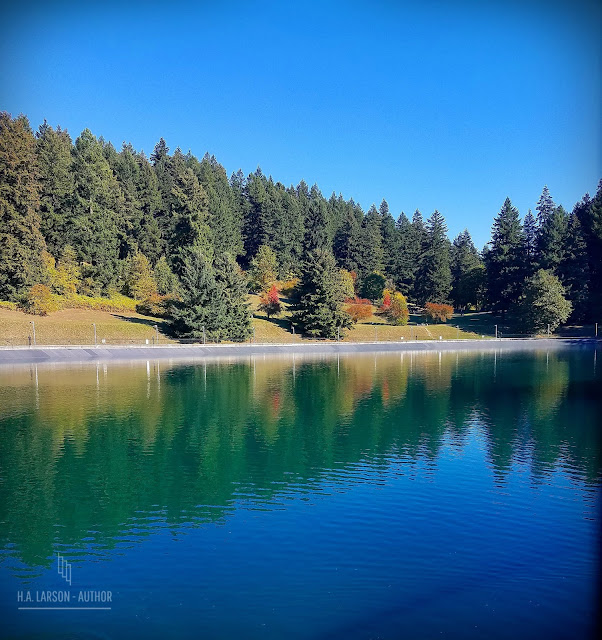 After visiting OMSI, I hopped on the bus and headed east to Mount Tabor. Mt Tabor is an extinct volcano that is now a gorgeous city park. I had to walk a mile after the bus to arrive at the park, and then I took the hard path to the top not realizing there was an easier path. Oh well, at least I got my exercise! This shot is of the second reservoir. 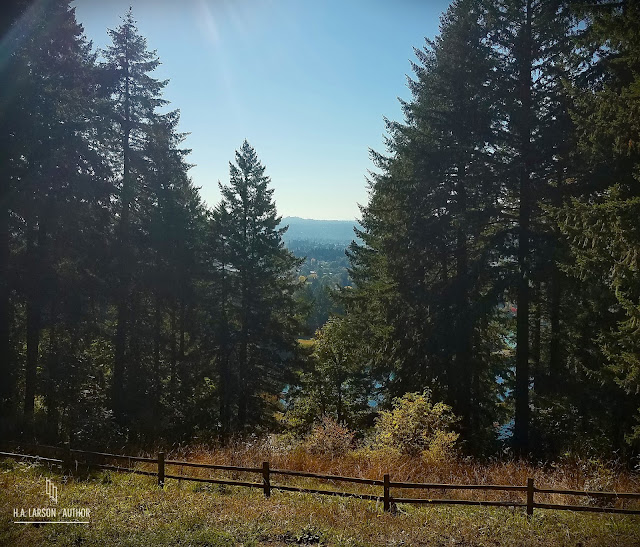 This was the lovely view I was treated to at the top. You can see pieces of Portland all around you in various places. 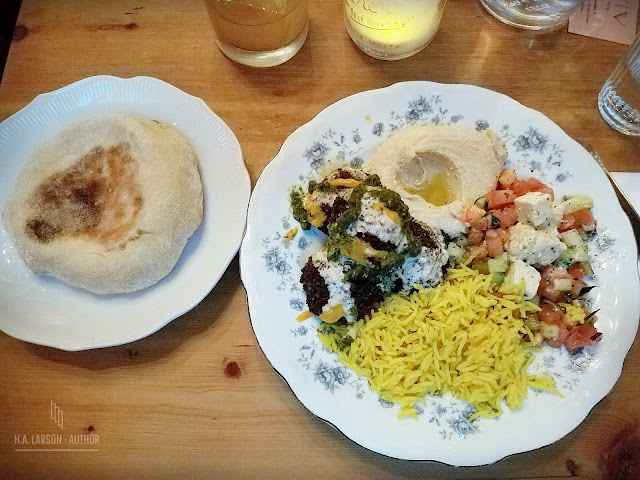 I arrived back at the Airbnb and relaxed for an hour until Lisa got off work. We walked a few blocks over to Aviv, a full-vegan Israeli restaurant. I got the falafel plate that included rice, hummus, and tofu feta! It was delicious. I had a nice cocktail on the side that complemented the meal well.

We went back to the Airbnb after hitting up a couple of local bars and hit the sack for our big Sunday adventure. 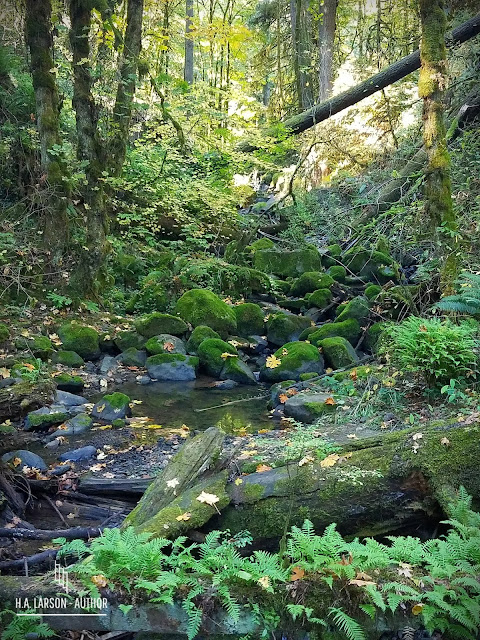 On Sunday we took the long bus route up to Forest Park. Situated in the Western side of the city, Forest Park is a ginormous city park that boasts 53 miles of trails! We started at the very bottom and made the 5-mile trek to the top. 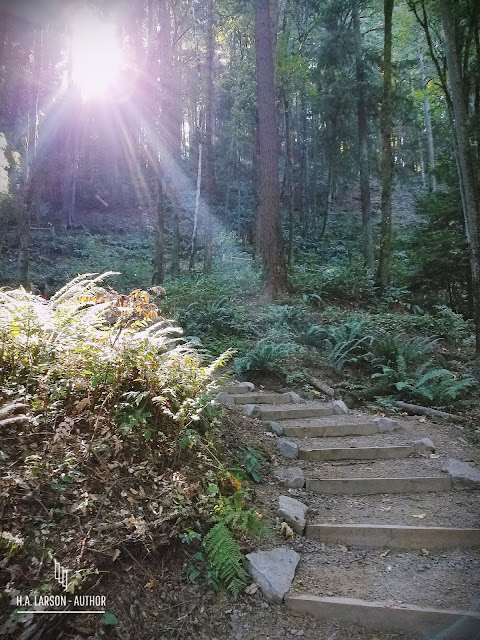 It was a lovely sunny 70 degrees F the entire weekend, so hiking in the park was great. 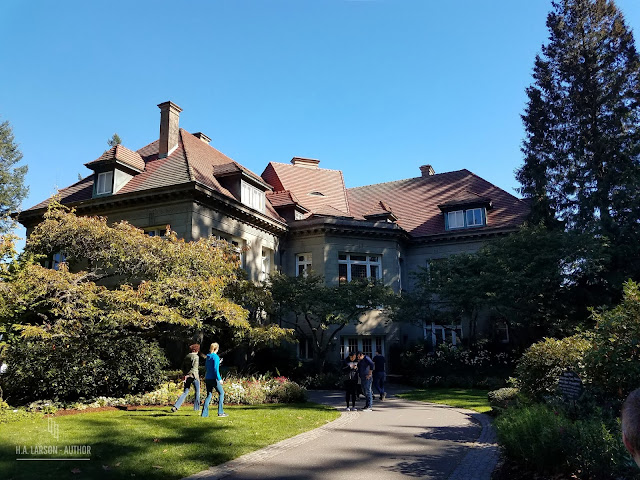 At the top lies Pittock Mansion, the former home of the man who started the Oregonian. 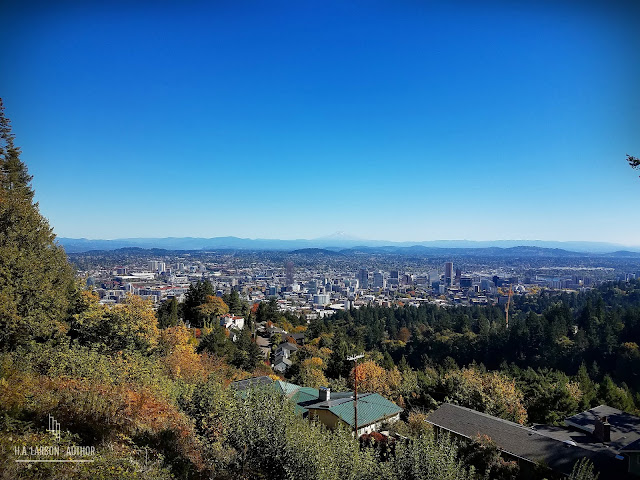 When you get a view like this, it's not hard to imagine why he built his home here. What a view! Yes, that is Mount Hood in the distance. Someday I will hike that mountain. 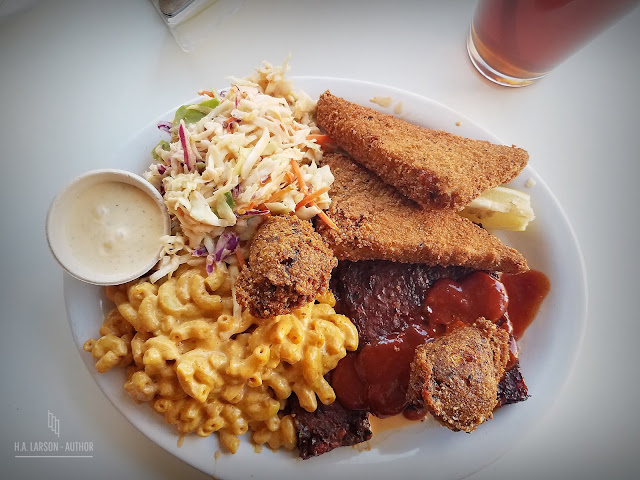 After getting nearly 12 miles that day, we were starving after our journey, so we headed to Homegrown Smoker. It was a must-go-to place when I made plans to go to Portland. An all-vegan bbq joint, I've been following them on Instagram for a couple of years and knew I couldn't go there and not eat there. I ordered a platter that had Tofish fillets, tempeh ribs, hushpuppies, mac nocheese, and chipotle slaw. I got the sweet tea to go with it, and, man, was it one of the best meals I've ever eaten.

So, that was my much-needed trip away from home. After the rough year I've had, it really helped to heal my soul a bit. Have a great weekend, friends!