The Places I've Been 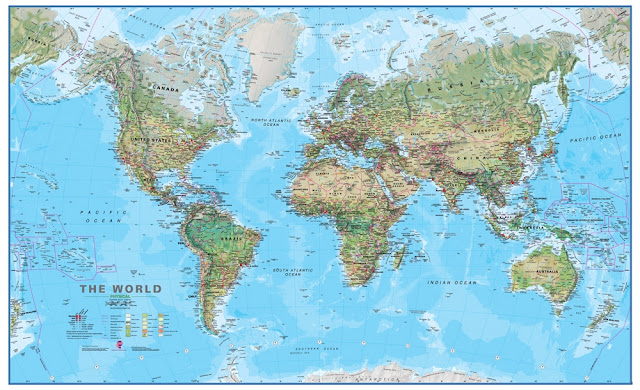 While I've mostly traveled around the United States (16 states and counting!), I have been fortunate enough to travel to a few other countries. Since I live in the United States, I have been to our neighbors to the North and to the South: Canada and Mexico. Otherwise, as far as getting outside of North America, I've been to Europe by way of Ireland. Now, it's not many countries outside of my own, and my experience with Canada and Mexico was pretty brief, but I'm thankful all the same that I've been to three other countries.

Traveling to other countries is an enlightening and an enriching experience. Getting to experience other cultures is a great way to expand your viewpoints and knowledge. I've learned a lot of neat things in my travels, and I can't wait to expand upon that more.

My first experience visiting another country happened in the 1980s when I went with my Dad to Rainy River, Ontario, Canada. My great uncle Carl lived in Nevis, MN, which is about a 2.5 - 3.0-hour drive from the Canadian border, and we'd spend a week or two at his home every summer. My Dad and my Uncle were both avid fishermen, which they did every visit, so the trip to Canada was strictly for sport. I was just a kid at the time, probably no older than Nature Girl is now, but I was keen on going. I hated going fishing when I was a kid (not that I'm fond of it now to be perfectly honest) but I wanted to go to Canada. I was bored, admittedly, but I got my first visit out of the United States and I was happy.


My second chance to travel outside of the United States was when I was about 25- or 26-years-old. I was single, in college, and having a good time visiting my Mom in Texas over the Christmas holidays. We decided to spend a weekend in South Padre Island over the New Year's holiday.


South Padre is a short drive from Brownsville, TX, a border town that sits directly across from Matamoras, Tamaulipas, MX. We crossed the border on foot and window-shopped along streets until we took a cab to Garcia's. Garcia's is a one-stop shop that is a gift shop, pharmacy, and restaurant all at the same time. We went in and shopped, then popped over to their restaurant for lunch. We had drinks and delicious food - I had a plate of nachos which were simple but delicious. Chips that had melted mozzarella on them served with pickled jalapenos & carrots on the side was my lunch, and it was served by a waiter in black tie and a suit with a towel over his arm!

I remember what struck me the most about the trip was the mob of kids, who swarmed us as we walked the shops, begging for money and the pregnant moms with babies in their arms doing the same thing right inside the border. Poverty loomed all around us.

While my other two forays outside of the United States were with my parents, my other trip out of the country (thus far) was with my best friend, Keith. We flew to Ireland in November of 2014, where we spent a week exploring Dublin, Limerick, and Galway. I had the time of my life and I recall that trip with great fondness.


Bonus country! Okay, so while I never actually went to Greenland, we did fly over it on our way to Ireland. I saw it with my own eyes out of the airplane window, so, I kinda claim Greenland as being a place I've "been to".

Where have you been? Where do you want to go? Let me know in the comments!