Finding Myself After All These Years 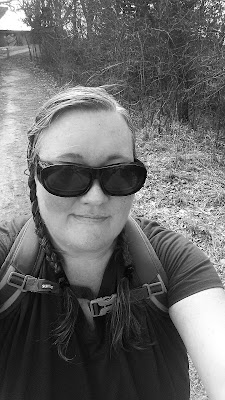 The past year proved to be the most monumental year of my life. The most significant thing being that I found myself. Finally, after forty-five years of wandering without a lot of direction - trying to find my place in the world - I've arrived.

There are more than a few reasons why it took me so long, and it all started in my youth. I was carefully (albeit lovingly and with the best of intentions) sheltered from the world. When I was nineteen, I moved out on my own, but I was completely unprepared to deal with an adult life. Now, I'm sure most kids feel this way when they are thrust out from the safety net of their parent(s), but I was especially so.

I tried living in an apartment in town, but I barely made enough money to pay the rent, and my furniture was a twin mattress & box spring, along with whatever was left there by the previous tenant. This amounted to an old couch. I found a large industrial wire spool in the back storage area that I used for a kitchen table, but I had no chairs and no food to eat anyway. I hated it.

I floundered quickly and decided maybe college was a better option for me. I tried a year at NWMSU, but only partied and never went to class, so I flunked out. I came back home, just as lost as before, but with a few friends that I still have to this day.

My closet friend from high school lived a few towns over from my Dad's house, where she lived with her husband and small son and offered to let me come live there long enough to get off my feet. I managed to get a job, and eventually moved into my own place. Again, I was completely clueless and spent the next several years in a pattern of screwing it all up, moving somewhere different, partying my ass off, repeat.

Eventually, after going through this crappy pattern one too many times, I decided to give college another try. After a successful semester at the satellite campus of a community college in my town, I moved two hours away to live with my maternal grandmother who lived in the town where the main campus was. She had an upstairs that served as a bedroom and living room for me (rent free) and I worked part-time, went to college full-time, but still had a lot of fun partying my ass off. I graduated with honors and a tiny human growing in my belly.

I took my boyfriend and myself back to Missouri where I settled into a somewhat domestic life of raising a baby, taking care of a home, and going to college full-time at Mizzou. The relationship was crap, right from the start, so a week before I was set to graduate, I had to flee my home. My story then picks up in this blog post I wrote a few months back.

I've lived here in Omaha for the past fifteen years now, and it's here where I finally eased myself off of the old cycle and truly grew up. After I hit 40, I really matured, figured out who I was, and everything else kind of fell into place. It's no surprise, then, that between 40 and 45 I was feeling a bit desperate to accomplish all the things. I have a lot of catching up to do, after all. I finally calmed that crazy urge to bring the future to the present, and I've decided that planning for the future is the way to go, because it takes time to bring a good plan together.

While I could mourn the years I've lost - and I have - I wouldn't change a thing. I have two kids that mean everything to me and if my destiny would've been different...they wouldn't be here, and I can't imagine a life without them. Instead, I'm focusing on those future plans and living my life to the fullest until then.

My time is coming. I'll be ready.