Lake of the Ozarks: Part One 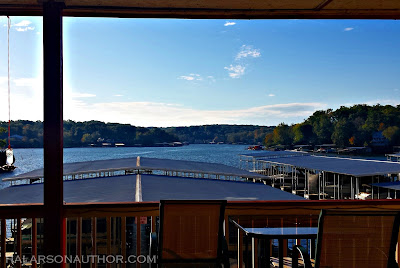 This past weekend we went to the Lake of the Ozarks, on the northern edge of the Ozark Mountains. It was a getaway that I had planned with my folks in order to celebrate the occasion of my son's 18th birthday. I mean, you only become an adult once so you might as well make it special, right? Anyway, when we considered where to go away for a weekend at the tail end of October, going south seemed like a much better idea than heading north, so we chose Lake of the Ozarks.

While my folks have been there a handful of times, we had never gone there. I rented a three bedroom condo off of AirBnB - which was a great price for the off-season - that was right on the water (as you can see in the photo above). It was a bit dated and needed a bit of a deep cleaning, but it was comfortable, roomy, had all the comforts of home, and was right on the lake.

We headed out early Friday morning, and arrived around 2:00 in the afternoon. We unpacked and headed out to Lake of the Ozarks State Park for a leisurely hike and a look-around. 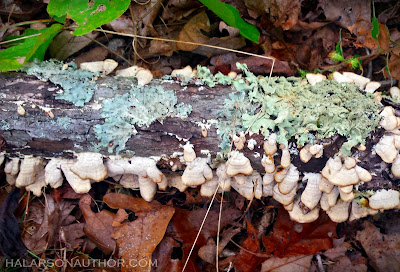 My folks were more worn out from the trip down than we were, so while my Dad is an avid hiker he was a bit tired for anything major. We settled then on a short one-mile trail close to the Park Office. Located in the Ozark Mountains, it was just southeast of the Lake and afforded us a beautiful view of Autumn. 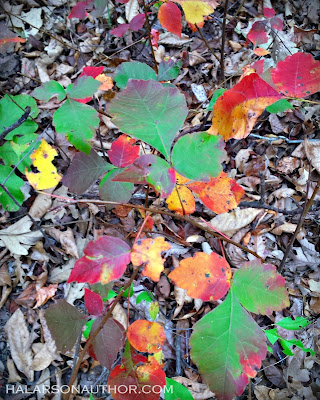 While lovely, these leaves are poisonous so we didn't touch them. 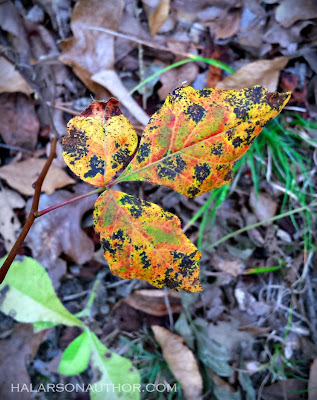 I love seeing the various leaf patterns during the Fall, and enjoy taking pictures of them. I didn't bring my big camera with me as I hate taking it on big hikes, but, in hindsight, I wish I had. 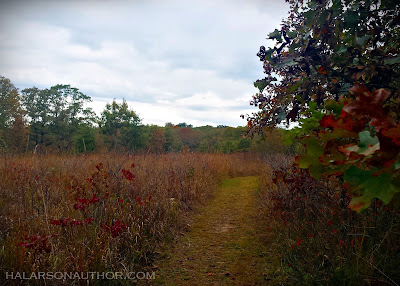 Walking the trails during Autumn is about my favorite thing ever, and the Ozarks were in full Autumnal bloom. 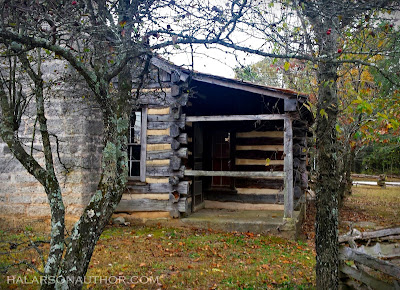 The trailhead we took was near this cute little old cabin that served as a trail information center. Basically, it was open and had several trail maps and a few brochures in it, but was unmanned. 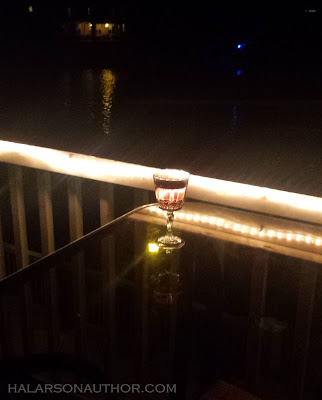 After our easy little jaunt through the woods, we grabbed a bite to eat before heading back to the condo. A cute set of string lights were attached to the deck railing, so we turned those on for mood lighting. The host was kind enough to leave us some beer and wine for our stay, so we sat on the deck with our wine and took in the sights and sounds. The weather was pleasant as well and we relaxed while enjoying each other's company.

The next day after a big breakfast, we headed more southeast to Ha Ha Tonka State Park. That park was amazing, and, rest assured, I'll be posting all about it soon. Until then, have a great week and enjoy Fall if you can.