A Weekend in Iowa 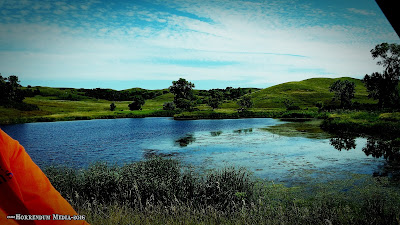 A view of a pond in Broken Kettle Grasslands. 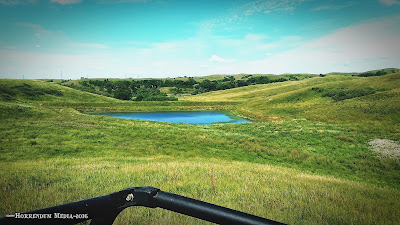 A different pond in BKG. 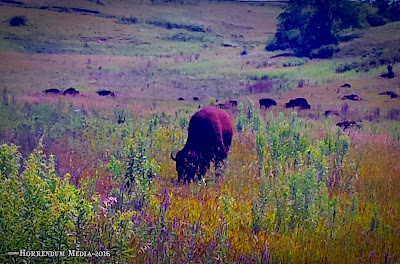 One of the many bison that help the Nature Conservancy maintain BKG. 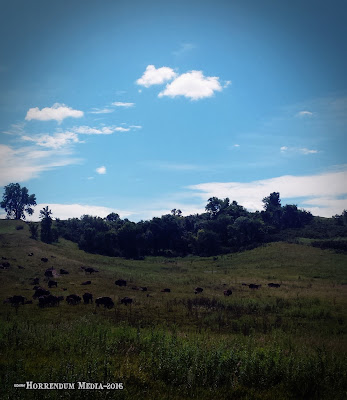 Another view of the bison, looking up towards one of the Loess Hill ridges. 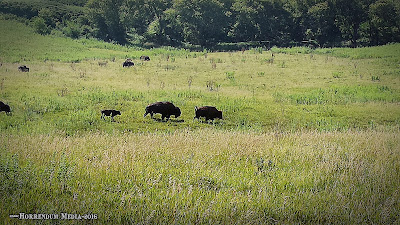 The female bison--who was in heat--being chased by a male. 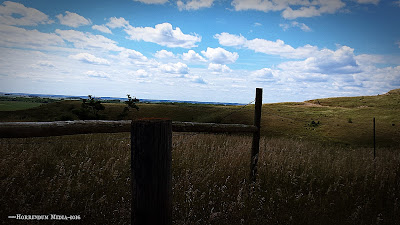 A view over the Loess Hills at BKG. 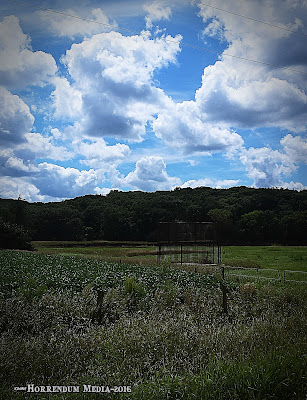 A view of the Iowa landscape from the gravel road that leads to my dad's house. The clouds were gorgeous this Sunday. 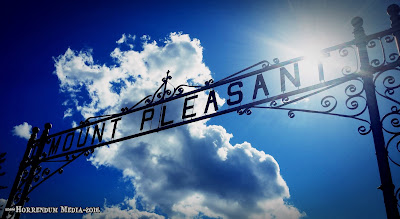 The old cemetery where my family is buried.

My husband and I are both originally from Northwest Iowa. This last weekend, we made the short journey up there to visit friends and family, and ended up having a really nice trip.

One of my nearest and dearest friends from high school works for the Nature Conservancy. She took me over to Broken Kettle Grasslands--located in the Loess Hills north of Sioux City, Iowa--where I got a VIP tour of the land. It's got a visitor center, but past that, no visitors are allowed, so it was a treat for me. We took a UTV up and down the hills, having a great time, where I got to see the bison that help maintain the land; the pens where the bison get their yearly "check ups"; the different flora and fauna of the Loess Hills; and, of course, the wide, sweeping views of the countryside seen from the top of the Iowa Mountains (my nickname for the Loess Hills). We could see 25 miles north to the Dakota Dome, which is located in Vermillion, SD. After a good three hours, and a nice sunburn later, we left the BKG and stopped in LeMars where we ate lunch and had margaritas.

That evening, I retrieved my husband and daughter, and we went back over to my friend's house where we grilled a delicious meal of cauliflower, portabello mushroom caps, and some roasted veggies. We capped off the evening by making it to my husband's friend reunion. Every year, his friends have a reunion, and while there wasn't many of us there, we still had a nice visit around a campfire in the woods with some beers.

Sunday we spent some time with both my mother-in-law and my folks. As we were just getting out on the road, I thought about the family graves out at Mount Pleasant Cemetery. My paternal grandparents helped my dad raise me, and, because of it, I was very close with them. I was especially close with my grandmother, who was essentially my mother, and her death still effects me deeply, even after fourteen years. I haven't been to the cemetery since they laid her to rest, so I knew it was time.

It was quite an emotional moment for me to stand over my grandparents, and I cried deeply as I thought about how much I missed them. I was glad to see them at the same time. Next to their graves is a joint grave. Buried there were my grandma's two younger brothers who died from scarlet fever, and buried at their feet are my brother and sister. My siblings were twin preemies, who were born nearly two years before me. One was stillborn, and the other lived briefly. For years their graves went unmarked, but I was pleasantly surprised to see that their names had been engraved on the tombstone (thanks Dad). Next to those four, lie my grandmother's parents...my great-grandparents. While I had never met them, since I spent lots of time with my grandma, I felt like I knew them since she kept their memories alive with stories.

After that, we headed home, where we make it in time to relax for a few hours before beginning a new work week. My husband got to spend time with his family so was very pleased with the weekend as well.