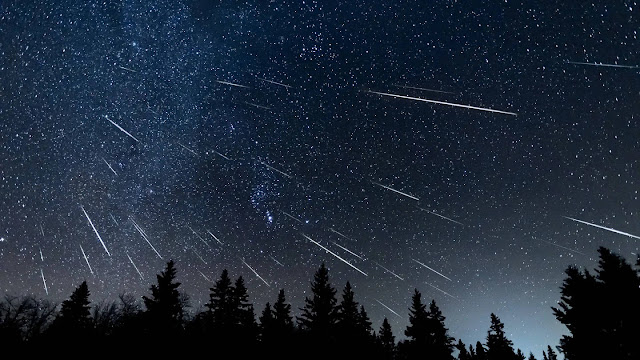 It's been a while since I've posted about the night sky but with the upcoming Taurids meteor showers active through early December, it's a good time to post about it.
What are meteor showers? According to Wikipedia, a meteor shower (also known as a shooting star) "is a celestial event in which a number of meteors are observed to radiate, or originate, from one point in the night sky." A meteor shower can show several shooting stars at their peak as they make their way across the night sky.
The Taurids are actually two separate showers, Southern and Nothern, with different peaks but both are associated with the comet called Encke. This American Meteor Society article gives you more information about the Taurids and their peaks.
For a more in-depth look at the Taurids, read this Space.com article. If you're interested in seeing these meteor showers for yourself, this article will tell you when, where, and how.
I'll be out in the country, away from the light pollution of the city, watching it and I hope you will too!
Labels: Musings The Great Outdoors