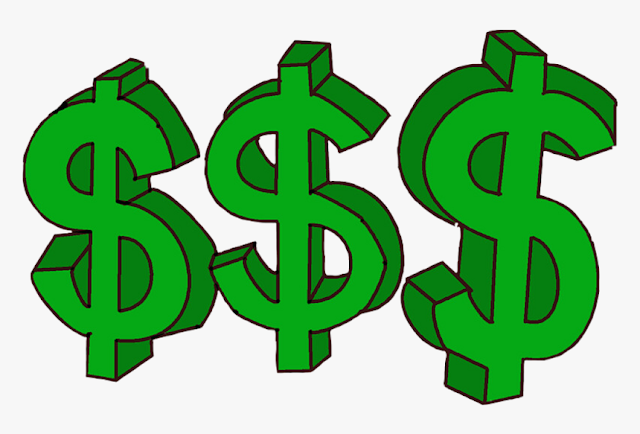 You'd have to be living under a rock not to notice the increase in price on almost everything. Seriously, literally, everything has gone up in price - often by a LOT - since last year. I typically use a tank of gas every two weeks, mainly to travel to work, but also to go visit family, friends, take a day trip here and there, and do a fair share of hiking. Last summer, it costs roughly $50 a month for this, but now the price has gone up drastically. It now costs me around $42 to fill up my gas tank ONCE. It's not just at the gas pump where I see the drain, but also at places like the grocery store and when I open my electric bill.
Because of this, I've had to adjust the budget of a few of my core bills upwards, but only as much (or as little, in my case) as I dare. I've started keeping my house temperature lower - which was horrible (okay, that's an exaggeration) for both my daughter and me at first, but we've adjusted. There were a lot of road trips I had planned on taking this Spring that have been put on hold for the foreseeable future, and, in fact, I don't drive any more than I have to...period. I also began making a lot of food items from scratch again, like bread and milk. I put my clothes through the sniff test more often than I care to admit and wear them many times over (especially my work clothes) to cut down on how much I have to wash/how often I have to do laundry.
I've even suspended my once or twice a month meal and drinks out with friends. When I stepped into the Dollar Tree the other day, it was the first time since Christmas that I had not only been there but gone into a store to buy something other than necessities.
On top of all that, my first year in my new apartment is fast approaching and I signed a new lease for another year. Not surprisingly, they've raised the rent a bit.
With all this in mind, I've gone through my bills and shopped around to find better prices on the things that I could. Before I moved into the apartment, I switched my daughter and I's phone plan from Verizon (very expensive) to T-Mobile (less expensive but shitty coverage). I kept hearing about Mint so decided to give them a go. I actually get better service AND coverage than T-Mobile but I only pay $15/month/phone. The $15/month price has to be paid in 3-month chunks, otherwise, it's $20/month. Also, when I signed up I got an extra three months for free, so I paid the same price for 6 months of service that I paid for one month of service with T-Mobile.
Next on my hit list was my car insurance. I've had Geico for years but felt that my 6-month premium (which I always pay in full as it saves money) was a bit steep. So, I shopped around and got the same coverage through Progressive and saved over $600/year! I also switched my renter's insurance from Geico to Progressive and saved another $40/year. The savings in my insurance was enough to cover the cost of my rent increase plus put an extra $32 into my monthly budget.
What also helps me out is the credit card churning I've been doing for almost two years now. My Fidelity Investments Visa is attached to things like my electric bill, car insurance, internet bill, phone bill, and my lone subscription (to YouTube), while I use the Citi Double Cash card for everything else. My Citi card gives me 1% back on everything I buy, plus an additional 1% back when I pay for said things. Granted, I don't spend a lot because I maintain a strict budget, but every bit extra I can score for myself is a win.
Sure, if I didn't save & invest 33% of my income, I'd have plenty of money for things now...but I would sacrifice the future I have envisioned for my retirement. I'm willing to sacrifice unnecessary things now to thrive later in life. And, to be sure, I don't sacrifice anything that I need as we never go without, but I definitely don't purchase things (with rarer exceptions these days) that are strictly want-items.
Have a great rest of your week, friends.
-H.A.
Labels: Financial Fitness