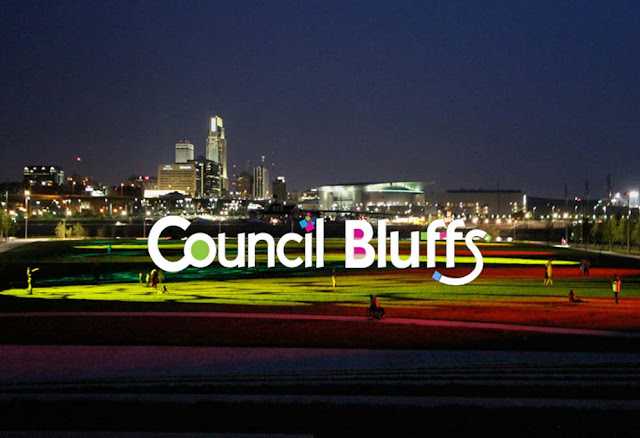 Not long after the 2021 Holiday Season was over, and life returned to a normal pace, I had a hankering to do a day trip. Around the same time, I was visiting my friend Rebecca one evening and we got to talking about the Black Angel in Council Bluffs. This got me thinking that she and I should take a trip to see it, since I never have, and a Day Trip Adventure was born.
On a chilly Sunday, we made the brief drive across the river to check out the statue in question, forever known as the Black Angel. Located in Fairview Cemetery, on a bluff overlooking the city, the statue stands tall - a memorial to a mother from her daughters. 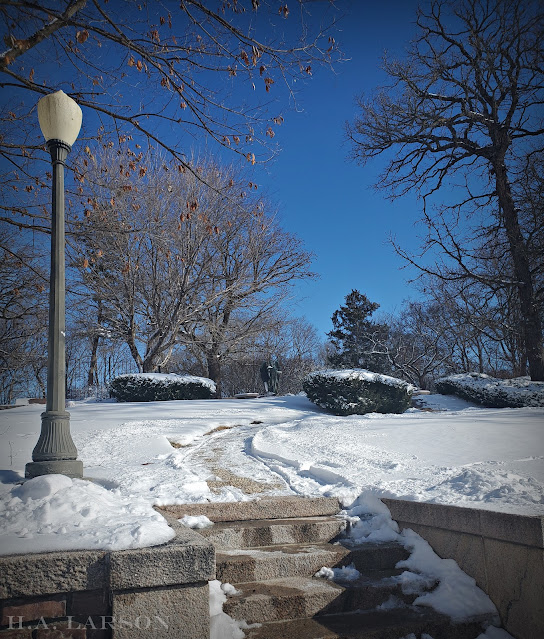 We parked on the road where a path leads directly from the street to the statue. The statue is the focal point of the memorial to Ruth Anne Dodge, the wife of railroad magnate Grenville Dodge. The memorial consists of an Angel holding a bowl of water. She stands on a pedestal made to resemble a ship's prow and a reflecting pool that flows with water during the warmer months. 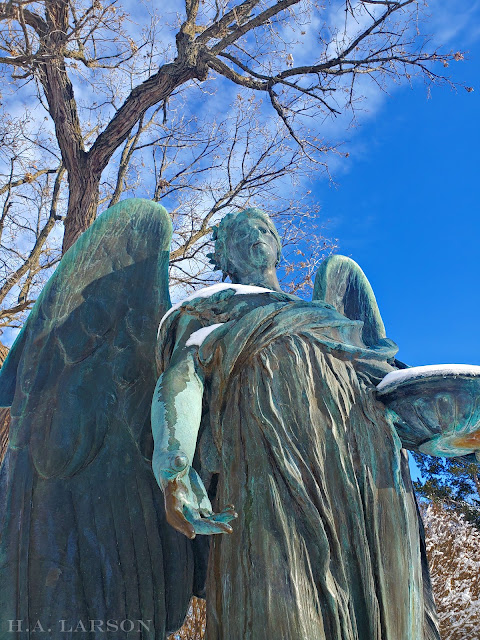 The statue is a translation of a dream Mrs. Dodge told her daughters about in the three days leading up to her death. In her dream, she stood on a rocky shore and, through the mist, she could see a small boat approach. On the front of the boat, a beautiful angel stood who spoke softly, encouraging Mrs. Dodge to take a drink from the bowl she held. On the third night, Mrs. Dodge took a drink and told her daughters that she felt she had transformed into a new and glorious spiritual being. She died soon thereafter. 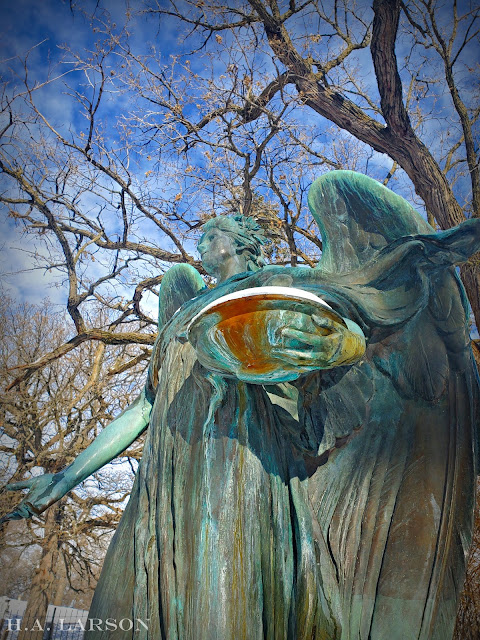 Over the years, spooky legends have attached themselves to this monument of daughterly love. The most prominent of these is that if you look into the Angel's eyes at midnight, you will meet an early death. It is this macabre interpretation of the statue that keeps visitors coming. 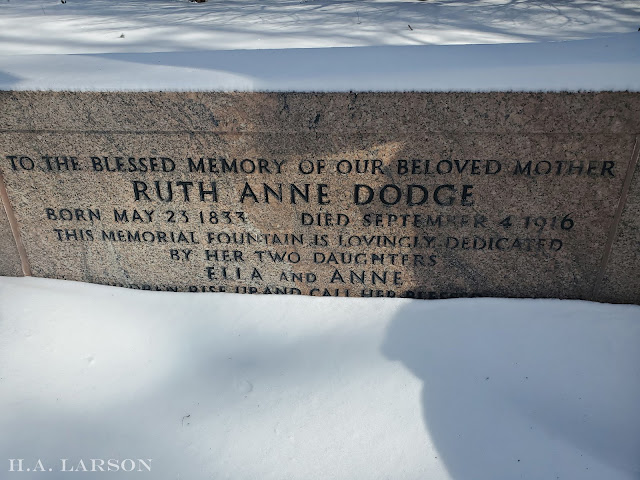 An inscription on one side of the platform. 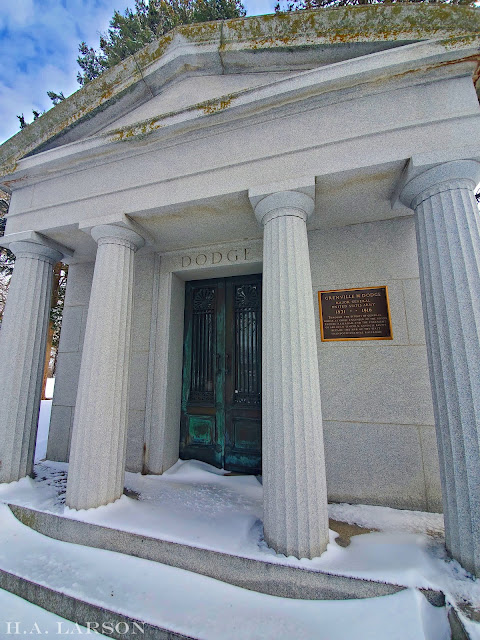 Oddly enough, Ruth Anne Dodge is not buried at the memorial site - like one might think - but rather a mile and a half away in the Walnut Hill Cemetery. She forever lies in a crypt with her husband, Grenville Dodge. It seemed only fitting that we go to the actual burial site after seeing her memorial. 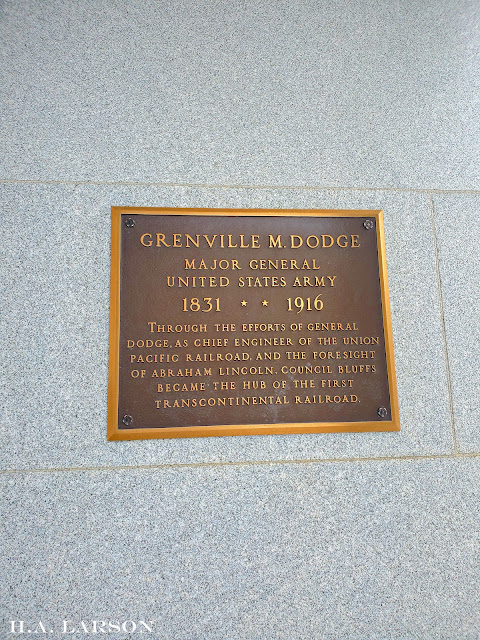 Ruth Anne Dodge's husband was Grenville Dodge. Grenville Dodge was a Union Army Officer during the Civil War who became a pioneer in military intelligence. After he resigned from the military, he became an engineer for Union Pacific, becoming a leading figure in the construction of the Transcontinental Railroad. If that wasn't enough, he became a U.S. Congressman in later life. He and his wife both died in 1916 and were interred here. 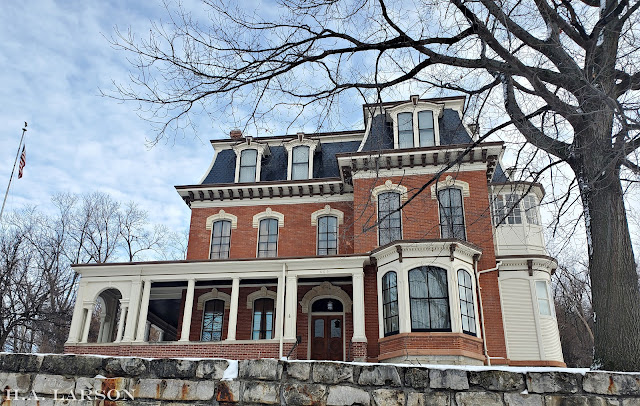 Not far from where they are buried, their home - the Dodge House - is on the historical register and a museum. It wasn't open the day we were there, but we drove by since we were on a mini-tour of the Dodge family at this point. 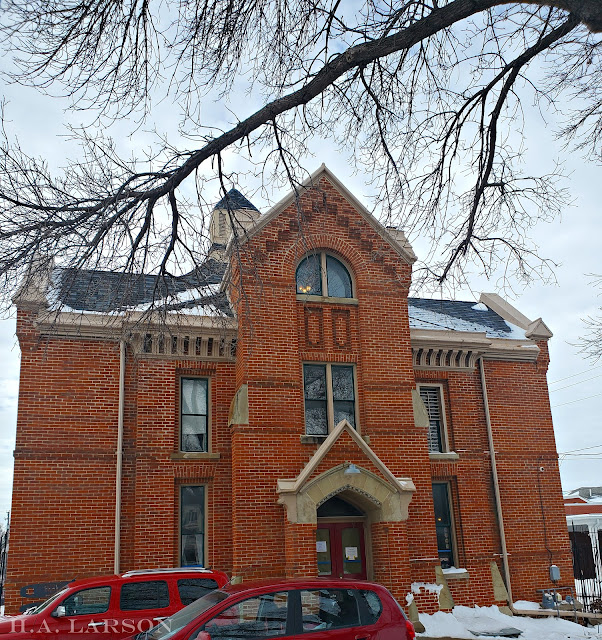 Our intention after this was to visit the Union Pacific Museum (the railroad that Grenville Dodge was once an engineer for), but it is closed on Sundays apparently. Fortunately, right next door is the Squirrel Cage Jail - a haunted former jail that I have always wanted to go to. So, we ponied up the $3 entry fee and went inside. I decided not to include the jail in this post as it's more than worthy of its own post - so look for that in the future. 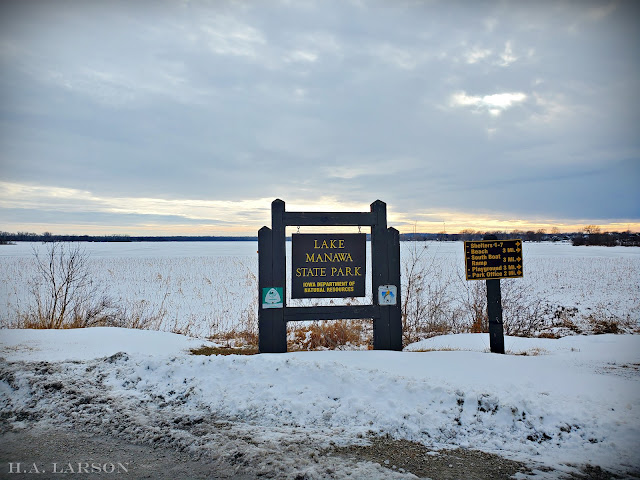 After an interesting visit to the old jail, we wanted to take advantage of what warmth and sunlight we had left in the day, so we drove over to Lake Manawa. 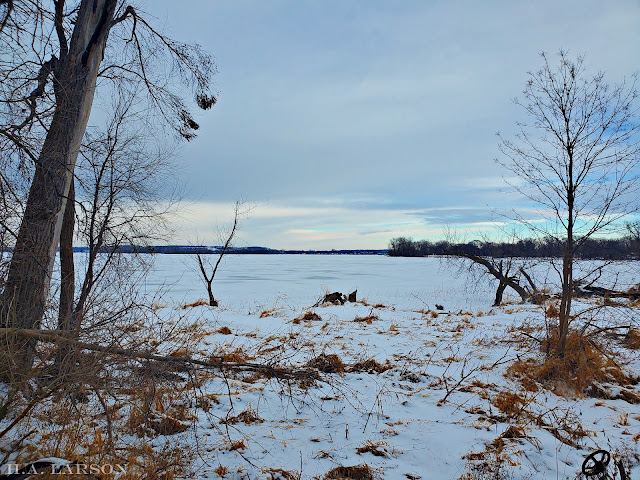 During the summer months, the lake is a haven for people to swim, fish, and take their boats. During the winter, you can fish or recreate on the ice (at your own risk). 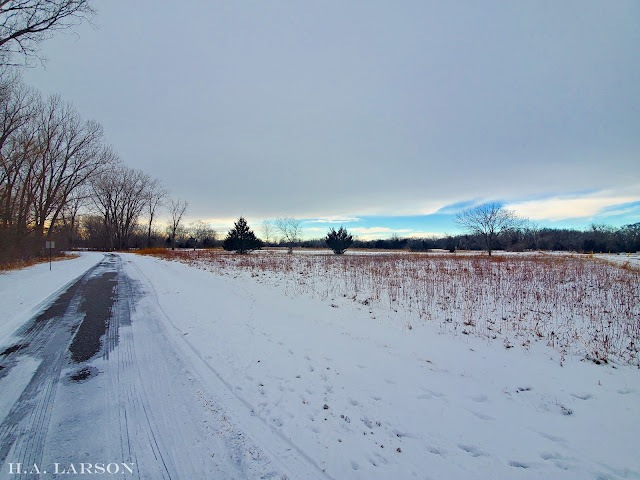 We opted to walk on the trail that runs across from it. We didn't walk for long, I mean it's Winter, but it was nice to be outside for a little while. 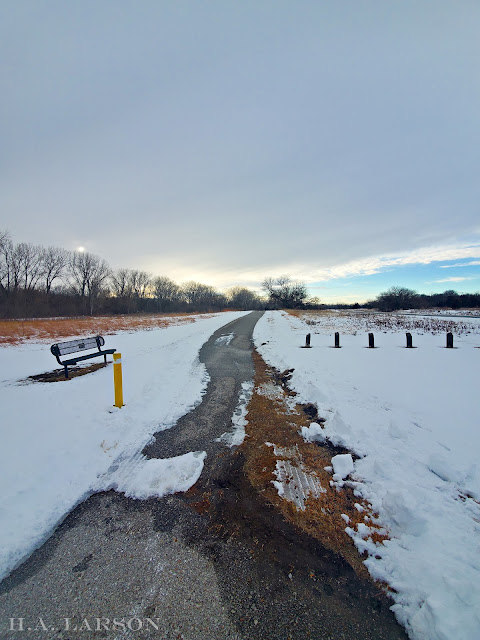 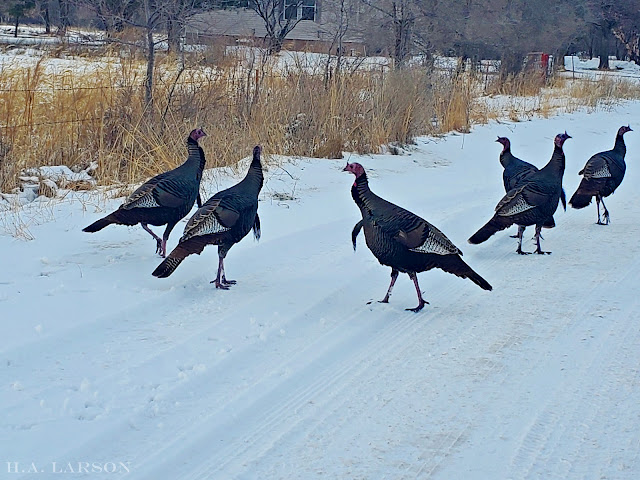 On our way out, we spotted these guys so stopped to admire them and get a few photographs. What a bunch of turkeys!
I hope you're having a good weekend and are looking forward to a great week.
-H.A.
Labels: Adventures in Travel Musings Photography