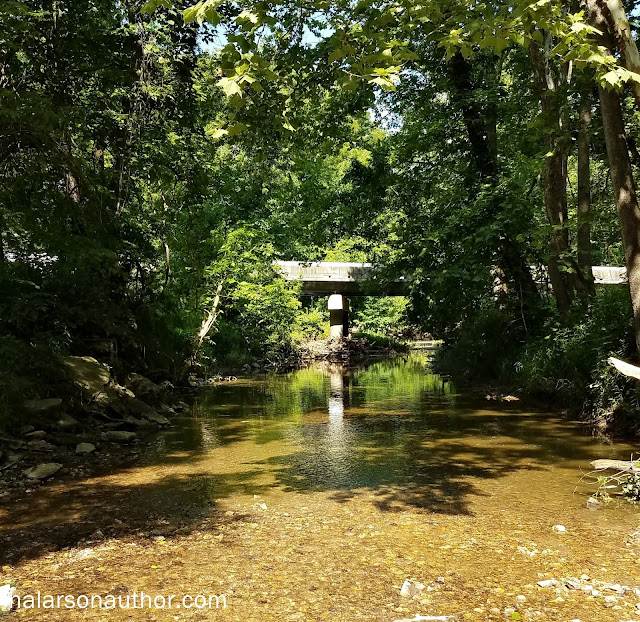 Back in June, my daughter and I took a three-day weekend trip down to Columbia, Missouri. My Grandma (who is still alive) has family that lives there, and her nephew was having his 50th Wedding Anniversary party. My Mom decided to drive Grandma up to Missouri from Texas so she could see her two surviving siblings. Since I rarely ever see my Grandma - or my Mom really, for that matter - I took a Friday off from work and drove down.

It was a short trip, but, as usual, we made the most of it. We got to the hotel on Friday evening and went for a long swim in the pool while we waited for my Mom and my Grandma to arrive. The next morning, Grandma was fetched by my Great-Aunt so my Mom, my daughter, and I went to Rock Bridge Memorial State Park. I went to college in Columbia, getting my B.A. degree from Mizzou, but I had never been to this park. Not surprising, really, as I wasn't a hiker then at all. 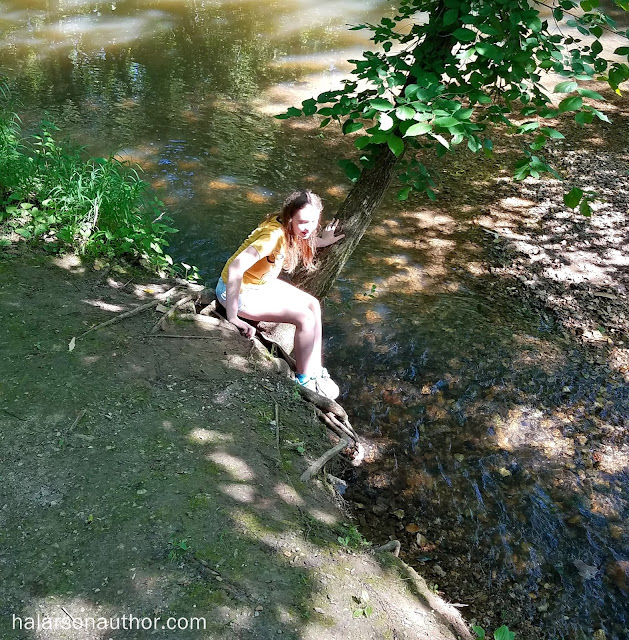 There are a nice series of trails in the park, and we explored most of the fun nooks and crannies. 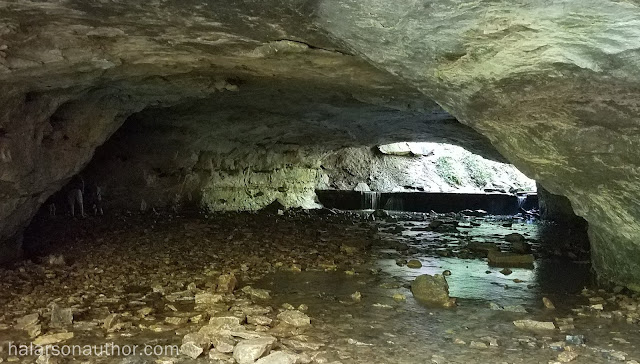 The defining feature of the park is this natural rock bridge - hence the name of the park. It brought back memories of Ha Ha Tonka State Park - also in Missouri - which I wrote all about in this post a few years ago. 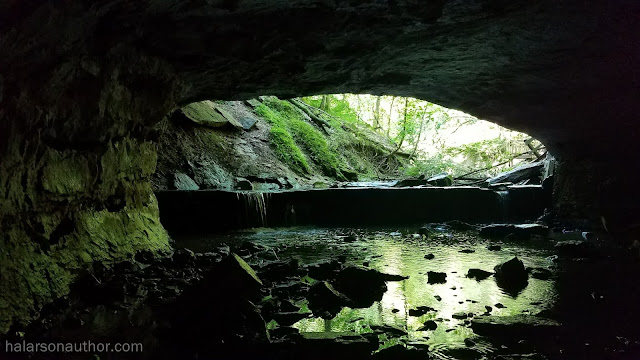 Look at how beautiful the "bridge" is from underneath. 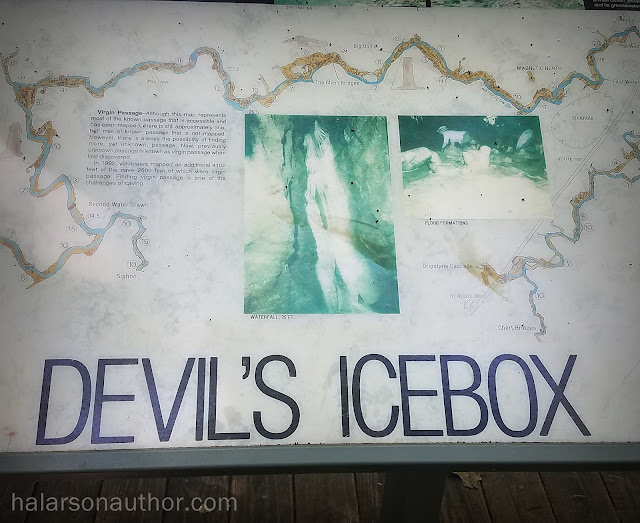 Another fun feature of the park is the Devil's Icebox. 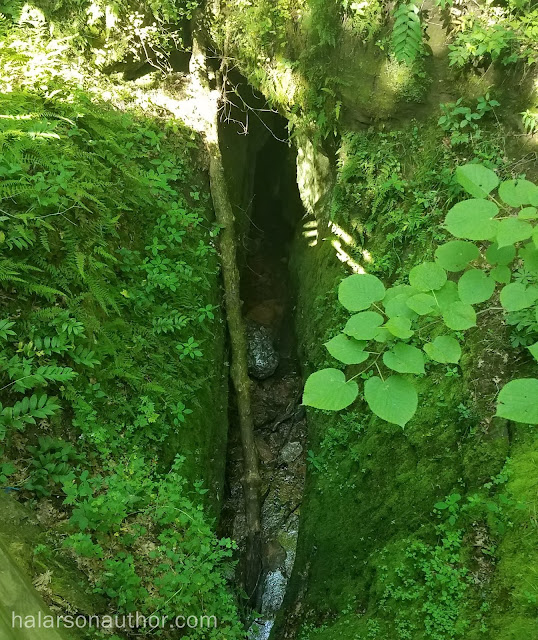 The Devil's Icebox is located down underneath this crevasse. 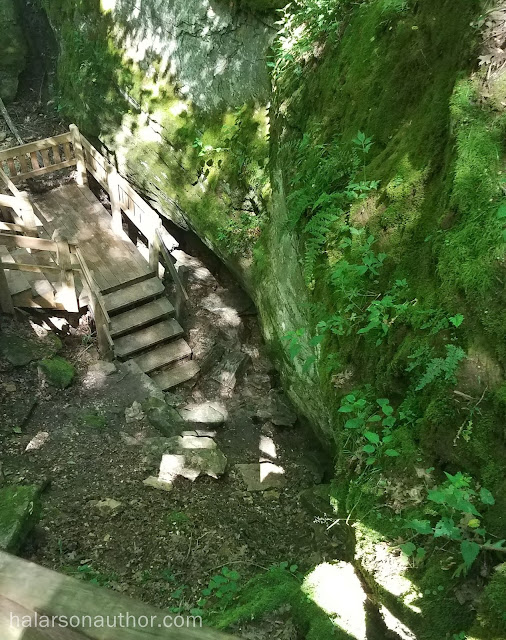 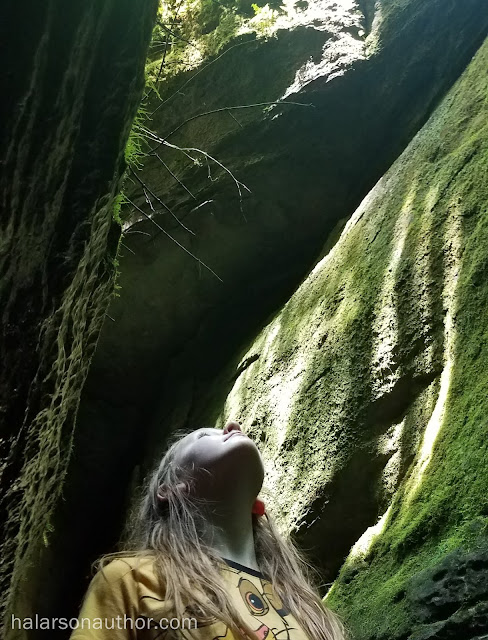 My daughter looks up from the crevasse, where the temperature was downright chilly. It was a refreshing break from the mid-90s temps that were happening that day. 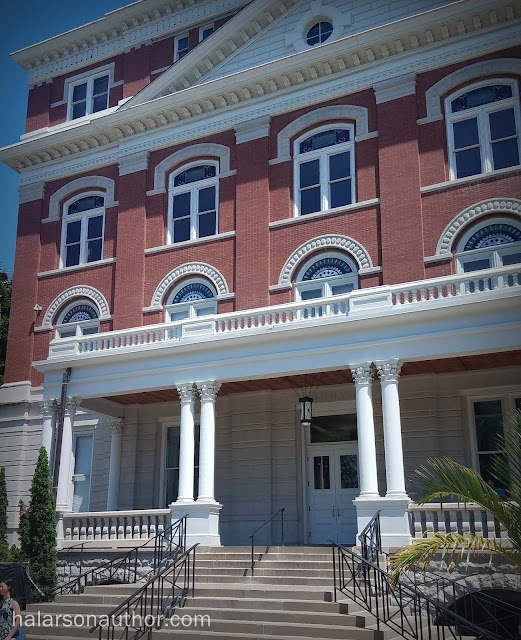 After we hiked a pleasant, fairly easy, five miles. We drove back into Columbia to get some lunch. Since I am an alumnus of the University of Missouri - Columbia - aka Mizzou - I made a quick pitstop at the University to see the campus and take a few pictures. 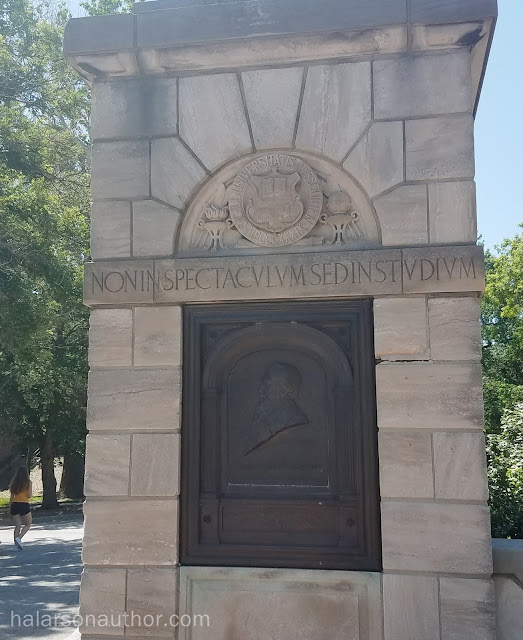 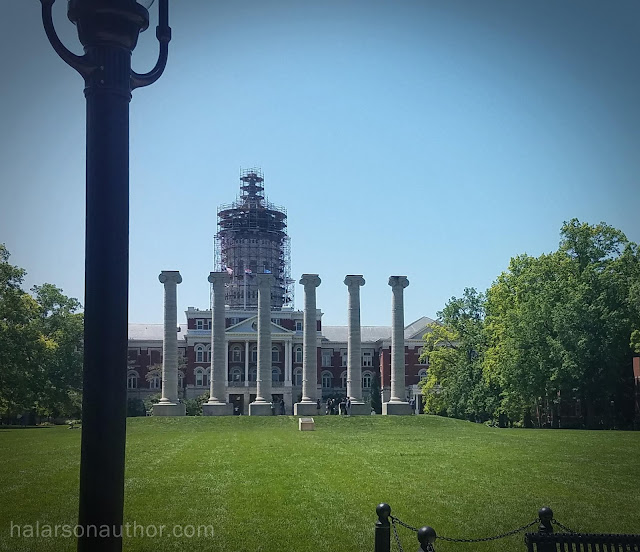 While the University has changed drastically since my time there, the Quad still remains the same. I walked past these signature columns almost daily. 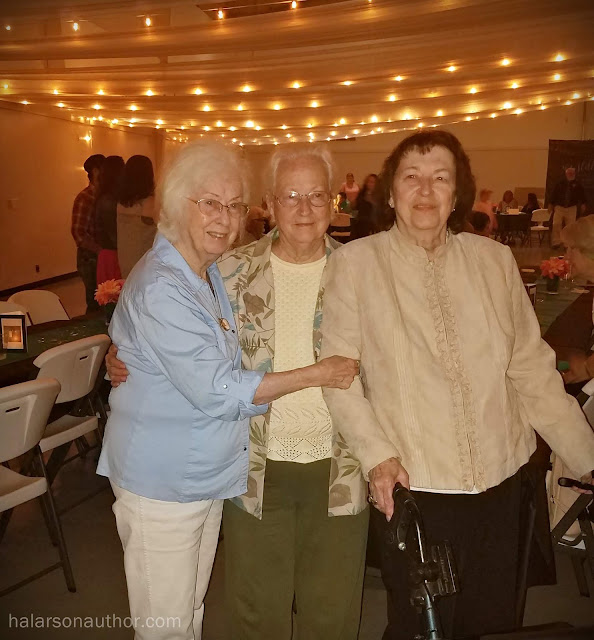 Later that evening, we made our way over to the anniversary party. I snapped a photo of my Grandma and her two remaining siblings: Norma, and Lucille. My Grandma is on the left.

It was a short trip, but it was a lot of fun. The hike in RBMSP was gorgeous, and it was nice to see my Grandma and my Mom. I got a four-generation picture of those two, my daughter, and myself. It's moments like these that I've learned to cherish. Time is so fleeting, so make the most of it.