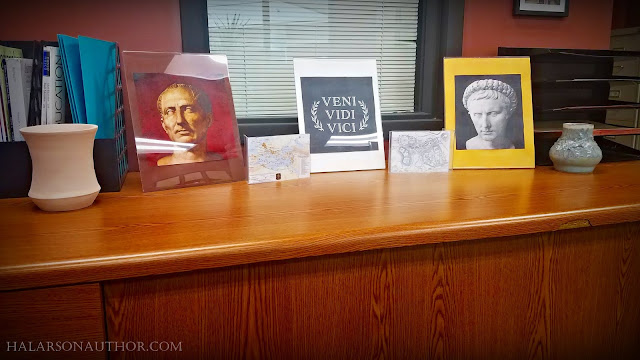 The pottery pieces that flank the photos were made by The Teen, who was in pottery classes from Middle School through High School. He wanted me to take some pieces for my office and I thought these matched my Roman theme pretty well.

Do you admire Roman history or just History in general? What Empire do you think was the greatest?  Comment below.