A Weekend of Stars

Growing up, my Dad was a big fan of the night sky. On perfect Summer evenings, we'd go out and lie in the grass while he pointed out constellations and bright stars. I've been a big fan of the night sky ever since - something that most of you are already aware of from my various celestial events posts over the years. This year, I even managed to finally become an official member of the Omaha Astronomical Society (OAS), something I've wanted to do for years.

Last weekend, the night sky was ablaze with the normal planets and stars, due to nice clear skies, but was also ablaze with the Perseid Meteor shower. Because of this, a few star events were held that I took part in. One was the Constellation Walk and Viewing at my favorite spot, Neale Woods, while the other was the Night Sky Event at my second favorite spot, Hitchcock Nature Center.

We had to trek a medium-difficulty trail for a mile at Neale Woods to get to the viewing spot. This got us away from any kind of outside light source, and we were able to see the night sky pretty clearly. I had never been to that part of the park before so it was a new experience. While I took photos at both events - both with my phone as it takes better pictures - it was the ones from Hitchcock that turned out best. Now, bear in mind, again, that I used my phone and not some fancy camera.

The event at Hitchcock would have been a better experience if the park staff had turned people away after a certain time period. The reason I say this is because it's difficult to see the night sky when there is a constant stream of headlights driving by you. The park failed in this regard, which was disappointing, but we tried to make the best of it. In this photo, you can see Mars pretty clearly - even if it just looks like a pinpoint of light.


Fortunately, the people that parked next to my car had a really nice telescope and had it pointed at Saturn. They asked if I wanted to view Saturn through their telescope, and I jumped on the chance. It's been a long time since I've looked through a bonafide telescope so seeing Saturn's rings with my own eyes was a very cool experience. 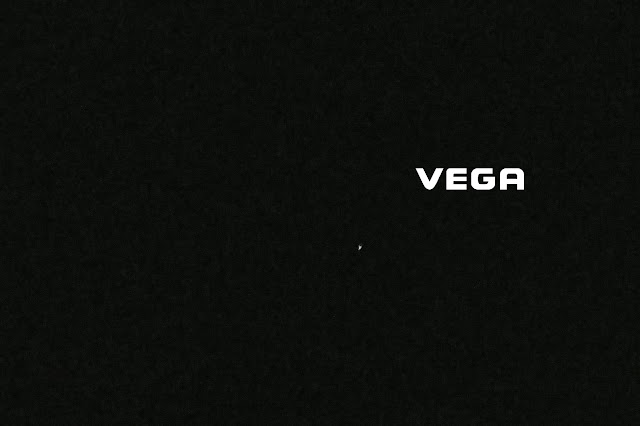 Vega is the fifth-brightest star in the night sky. Also known as Alpha Lyrae, it is best viewed in the Northern Hemisphere during the Summer months. 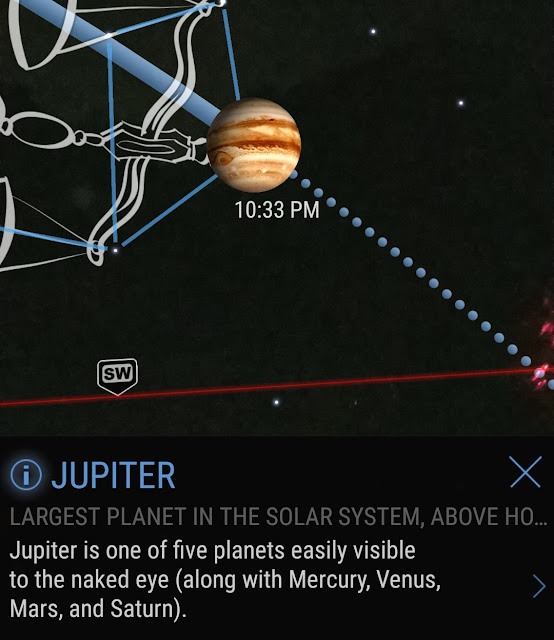 I have a really cool app on my phone that is free and a lot of fun to use. It's called SkyView and when you use it, you can point it in any area around you - even your feet - and see where things are in the night sky. This includes stars, planets, constellations, and even the International Space Station. Since the never-ending lineup of car headlights interfered with proper night sky viewing, I used the app to locate certain celestial bodies. It was invaluable for figuring out which planet was which! It overlays on your phone's camera, so a couple of the pinpoint lights you see in these photos are actual bodies in the night sky as viewed through my phone's camera. 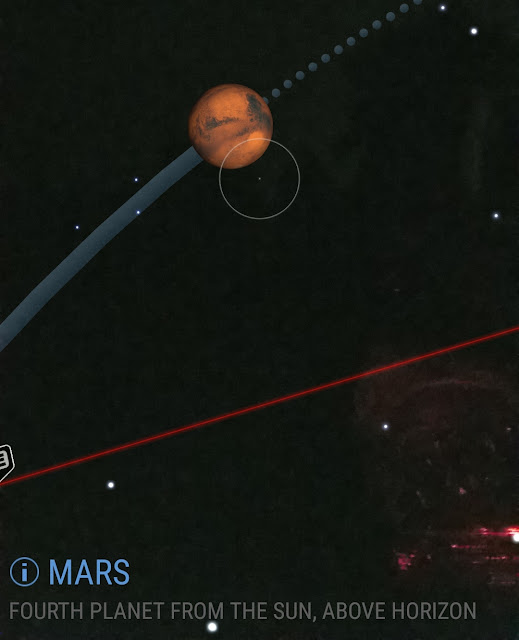 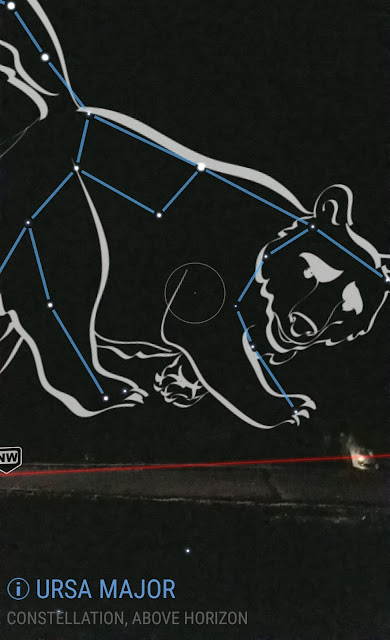 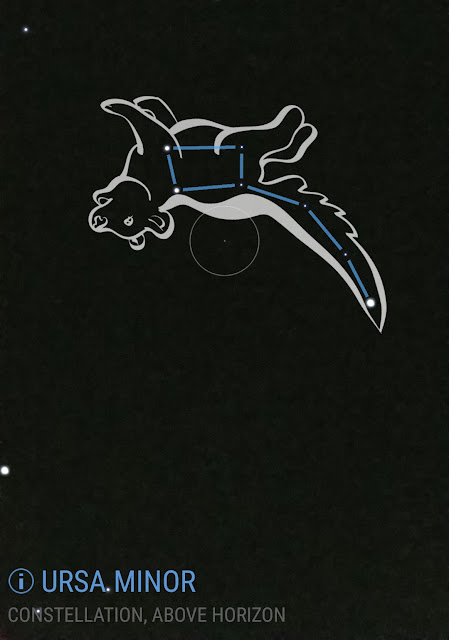 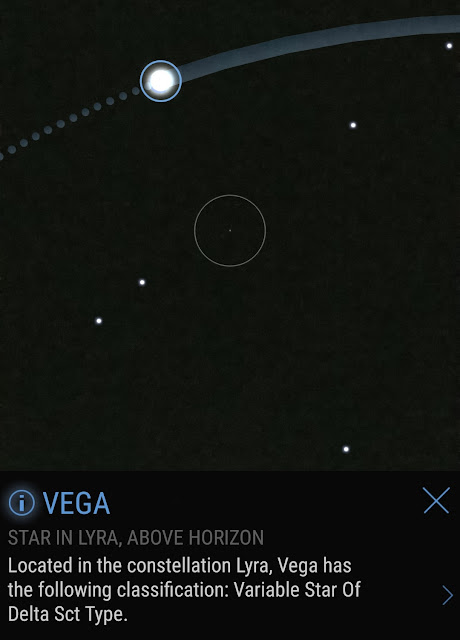 We were there, of course, mainly to view fragments of the Perseid Meteor shower as they passed across the sky. It was difficult to see any as they typically fly by in short, faint, bursts of light trails. Combine this with the never-ending stream of headlights and I was very disappointed. Fortunately, luck was on my side and I saw an obvious fragment. It was so large from where I was sitting, that it looked like a bright star with a long, red, fiery tail. I almost didn't comprehend what it was as it made a fairly long journey across the night sky, allowing many of us to see it well. We were fortunate as I have never seen a meteor fragment as close, large, bright, or long-lasting as that one - ever.

In the end, I had a very enjoyable time both evenings. I got to spend time with my best friend and The Teen while getting in a short, decent hike at Neale Woods. Before the event at Hitchcock, another of my best friends and I went early and took a difficult hike through the park beforehand, before meeting up with other friends to view the meteor shower. The weekend was a special one for me, then, as I spent time with the people I care about most (and don't get to see much of); I got to hike in two of my favorite places; and I got to indulge in a favorite activity that I rarely get time for. I enjoyed every second.

Have you gotten a chance to view the night sky this Summer?