It's Saturday, woo hoo! What better day to talk about beer? This is actually part two of the brews I drank over my long holiday stretch, so let's get started. 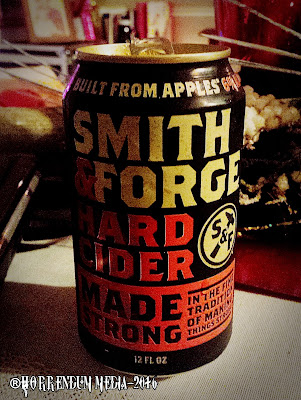 I love me a good cider, and this one did not disappoint. Made by Smith & Forge, it was light, crisp, not overly sweet, and didn't have that harsh alcohol aftertaste that afflicts some ciders. 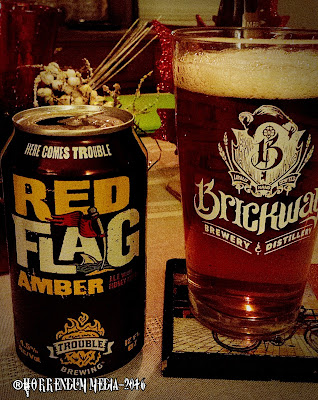 I picked up a 12-pack of mixed beers made by Trouble Brewing Co., and this one, Red Flag, is an amber ale, which I always enjoy. This beer, though, was not very strong...or maybe I should say that it didn't have a lot of body. While it did taste good, it just didn't have the oomph that other amber ales have. 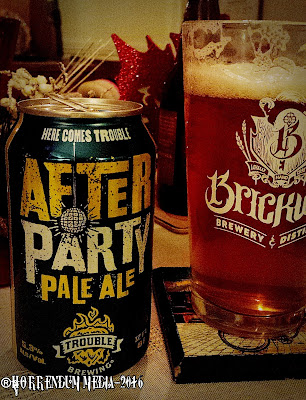 Another one out of the Trouble 12-pack, this one is the After Party Pale Ale. I haven't always been a huge fan of pale ales--I will never be a fan of IPAs--but I've grown to like them. This one, like the Red Flag, was tasty, but weak without a lot of body. 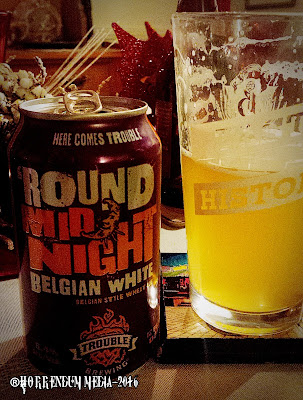 The last one from Trouble Brewing, Round Midnight Belgian White, was light and refreshing. Even though, yet again, it was weaker with not a lot of body, it worked better on the Belgian White, which is typically a lighter brew anyway. If you are a beer connoisseur like myself, you won't be a fan of Trouble Brewing Co. However, I think these are the perfect beers for beer drinkers who are expanding their palate from generally poor and weak beers. These are good "gateway" beers to get a taste for proper beers. 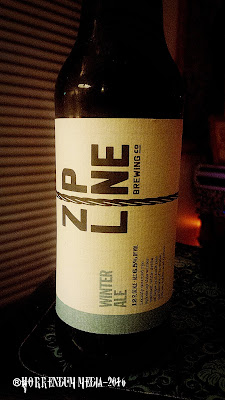 Zip Line is a local brewery that typically churns out good beers. I picked up this Winter Ale in a "Mix-a-Six" and it's got the winter spices flavor you expect from a seasonal ale. It's the perfect sipping beer for a cold, winter's night. 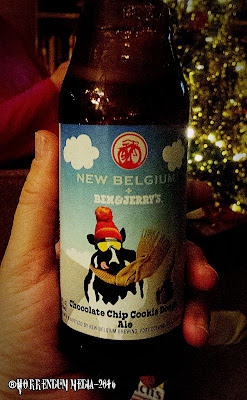 Last, but not least, it New Belgium's Ben & Jerry's Chocolate Chip Cookie Dough Ale. I got this from another mixed 12-pack, this one from (obviously) New Belgium Brewing Co. I actually bought the 12-pack just to try this beer. I had heard about it, but hadn't had a chance to try it. I was definitely curious, so I had to pique it. Well, I have to say that I was pleasantly surprised! It tasted like a good ale, but also like chocolate chip cookie dough. I wasn't sure that would work, but it surely did. I would drink this beer anytime. Loved it!