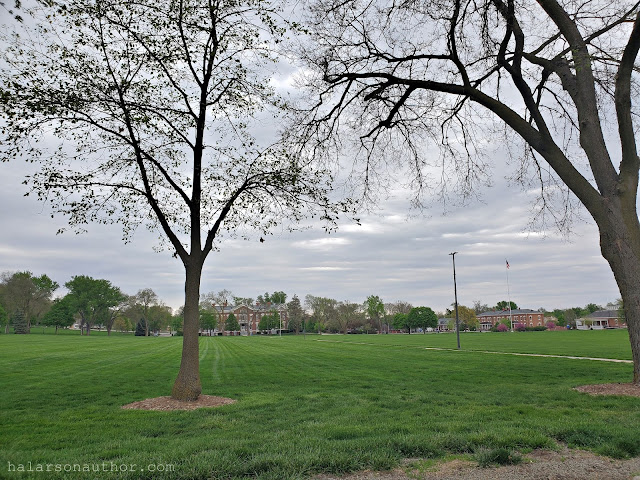 Tucked away in the northeast corner of Omaha sits Fort Omaha. Built in 1868, known as Sherman Barracks, it was a supply depot for various other forts along the Platte River. Today, four parcels of the land are used for Navy, Army, and Marine Corps units, while the rest was deeded to Metropolitan Community College. It's known as the Fort Omaha Campus of MCC. 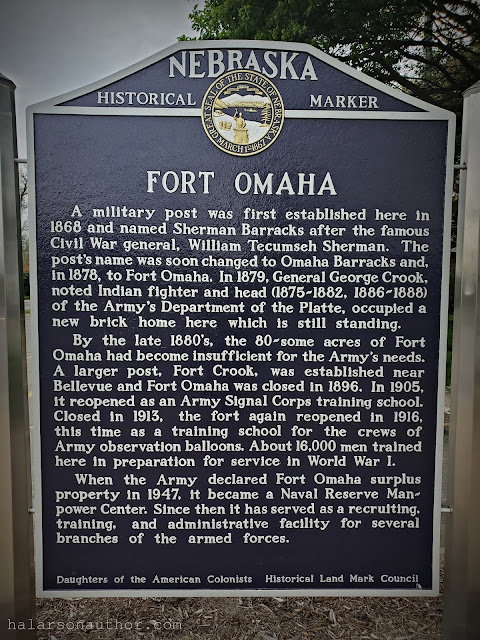 A marker at the southern entrance tells a brief history of its use over the years. 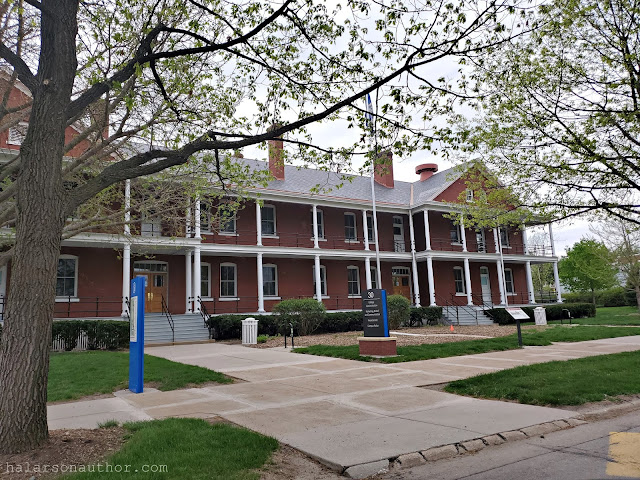 The campus looks much like you would expect a fort to look like: two sets of buildings on either end of a long kind of rectangle with a large parade ground in the middle. This building here is the College Administration Building, but it was the non-commissioned officer's barracks when it was built. 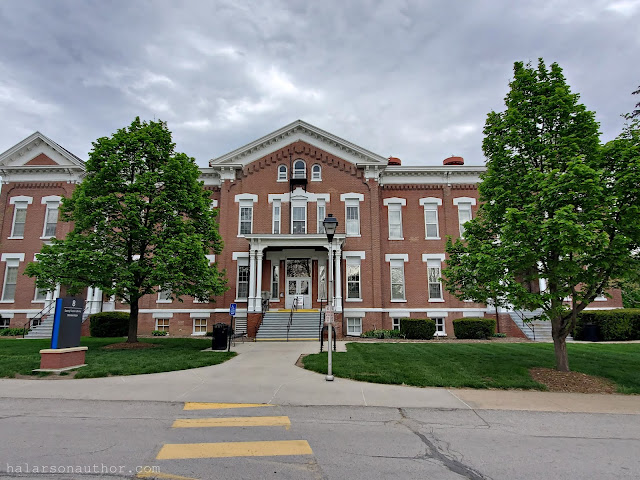 Building 8 is the Sonny Foster Library. Sonny Foster was a Nebraska famous Omahan who died in 2005. When it was built in 1879, it was the Post Headquarters, Fort Hospital, and Chapel. 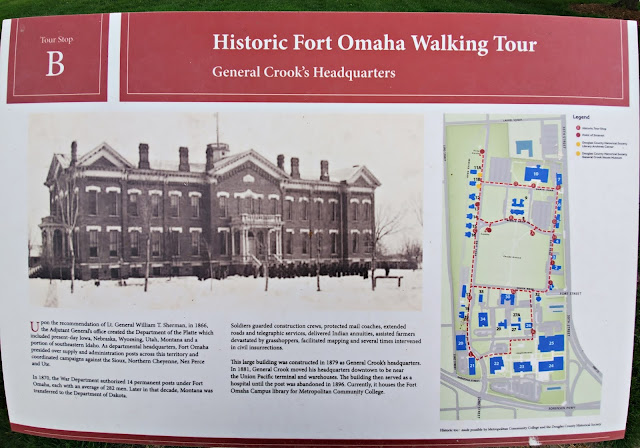 These informative signs are spotted throughout campus and, like the title on each suggests, make taking a historical walking tour quite easy. 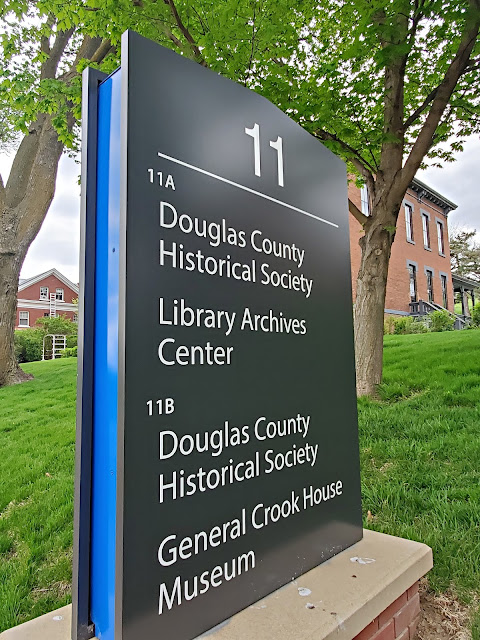 Building 11 is home to the Douglas County Historical Society and a museum. 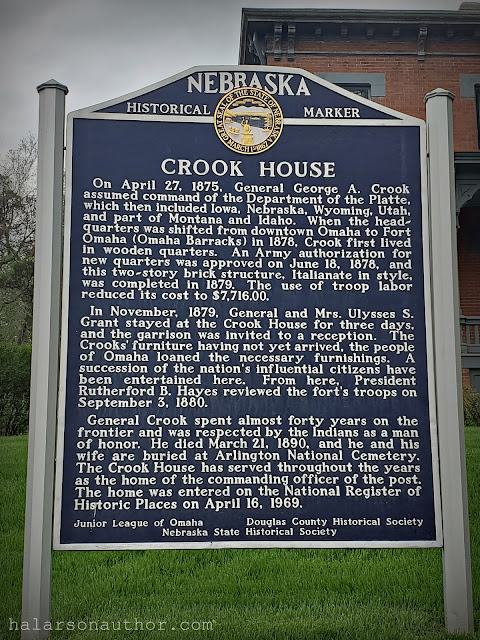 As this sign outside the building denotes, the museum pays honor to the man who lived, worked, and, eventually, died in this home: Post Commander General George A. Crook. You can tour the inside of the well-maintained home to see a piece of Midwest history for a fee. While we didn't go in that day, I took my kids here many years ago during the holidays as the museum decorates the entire house in Christmas decor. 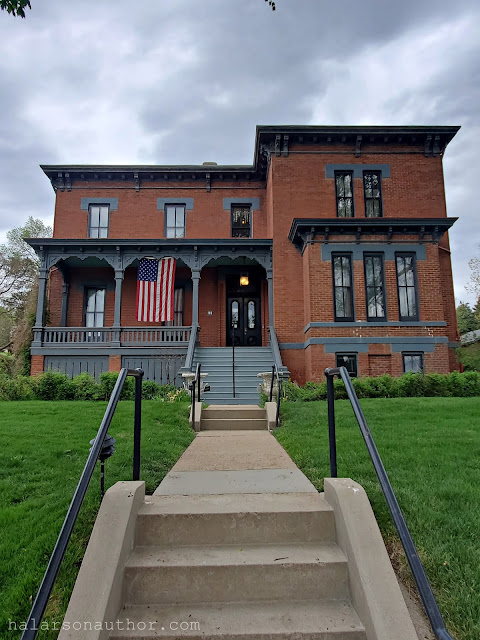 The outside of the General Crook house. 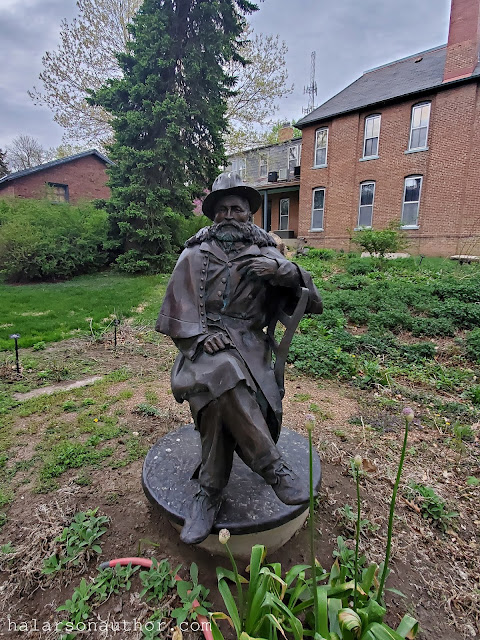 Behind the house is a lovely garden complete with a statue of the home's namesake. 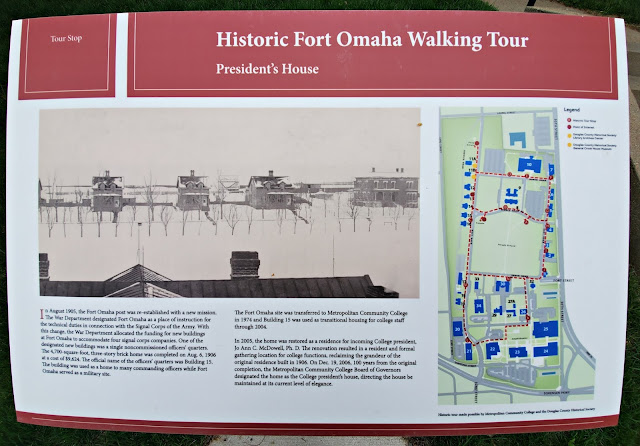 This section of the campus, just south of the General Crook House, includes Buildings 12, 13, and 14. Building 12 Guest Housing, Alumni Center, and Foundation HQ, Building 13 the President's House, and Building 14 Campus Planning & Dean of English were all Officer's Quarters back when they were built. 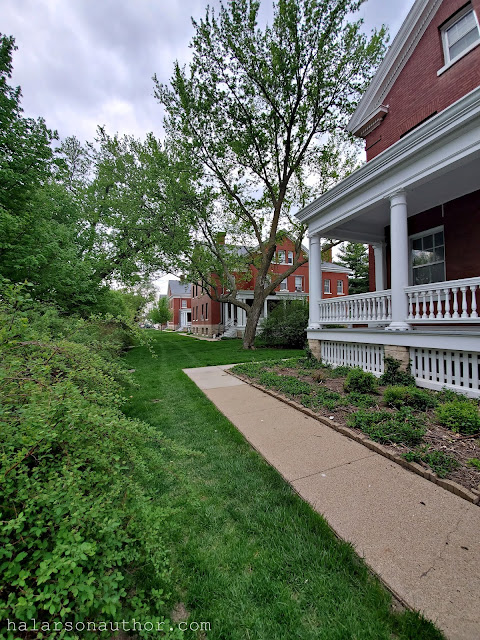 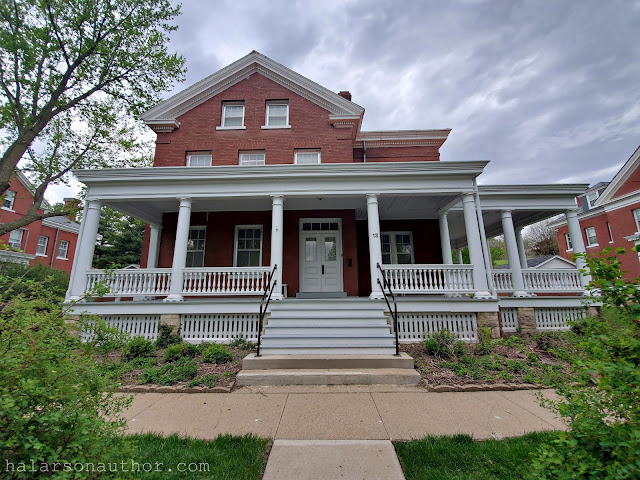 The front of Building 13. 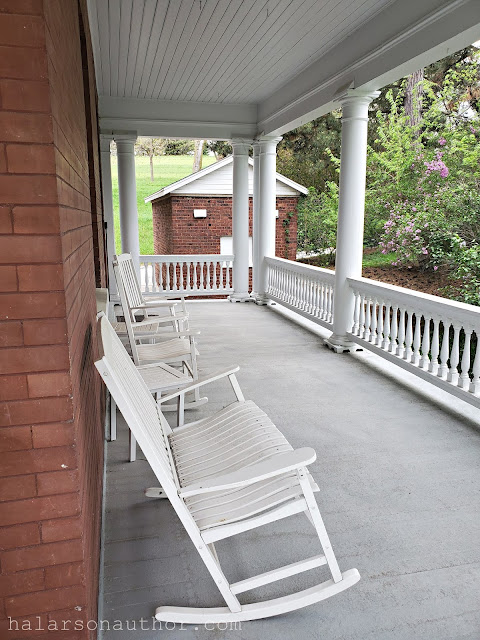 One can imagine Officers sitting on similar chairs in the evenings to enjoy the breeze and people watch.
It's easy to walk around the old fort and take a walking tour, especially with all the informative signs, and the campus is big enough to get a decent walk in. Before this visit, I'd been to the Fort a few times as it's utilized for many things. I've been there for the Fort Omaha Intertribal Powwow, and some events when I attended the Community College for a few years. If you'd like to take a walking tour, visit the campus website for more information, and for a more detailed history of the fort, read this great guide by Adam Fletcher Sasse.
Have a great weekend!
Labels: Adventures in Travel Musings